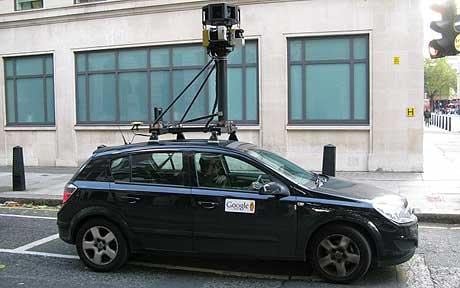 A Google Street View car has been chased out of a Buckinghamshire village by angry residents.

The car was taking photographs of Broughton in Buckinghamshire for Google’s Street View service when it was spotted by Paul Jacobs – a local resident.

He warned the car not to enter the village then roused his neighbors, who surrounded the vehicle until the driver performed a U-turn and left.

Jacobs claims residents were worried that the photographs were an invasion of their privacy and would attract burglars.

“My immediate reaction was anger; how dare anyone take a photograph of my home without my consent?” He tells The Times. “This is an affluent area. We’ve already had three burglaries locally in the past six weeks. If our houses are plastered all over Google it’s an invitation for more criminals to strike. I was determined to make a stand, so I called the police.”

It was only launched in the UK last month, but has already met with controversy. Privacy International has written to the Information Commissioner’s Office requesting the service be shut down after dozens of images were pulled following complaints.

FacebookTweetPinLinkedIn
Tag: Google
Previous Post:Nambu Twitter Client for Mac [review]
Next Post:The World Around You… By The Numbers