Apple to sell Movies in iTunes 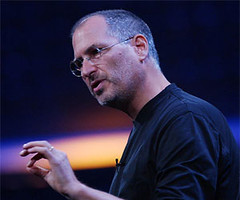 According to an article in Daily Variety, Apple is currently in talks with several Hollywood studios about adding movies to the iTunes Store. However, the talks have stalled. Apparently, the final detail they can’t resolve is the price point. Apple CEO, Steve Jobs, wants a flat price of $9.99 per movie. The flat rate model has made Apple’s music store a simple and pleasant experience for users. However, studio executives rather see a range of prices from $2, for discount titles, to $20 or more for new releases.

When could we see movies offered in the iTunes Store? Daily Variety cites several “unnamed sources” who predict that Apple might begin offering movie downloads by the end of 2006. Who knows, maybe by Christmas morning you could legally download a new release and play it for the family on your Video iPod.