Last week Apple announced they needed another couple of weeks to finish updating the Apple TV software that will finally allow users to rent movies directly from the TV rather than having to download on the computer and sync or stream the video to the Apple TV device.

This anticipated software upgrade will be available as a free software download to existing Apple TV users sometime in February. By the end of February, Apple’s iTunes online music store should have more than 1,000 movie titles available including more than 100 high-definition titles. The DVD-quality movies will be available to rent for $2.99 for older titles and $3.99 for newer titles while high-definition costs a buck more. 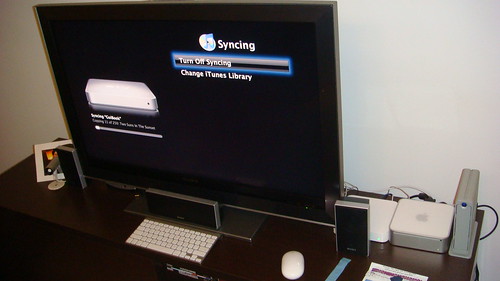 Also last week, Apple announced the MacBook Air has started shipping. Hopefully Apple packages the MacBook Air in something a little more sturdy than the envelopes featured in the ads!

Here’s a video of the old Apple TV software:

Via Gizmos for Geeks