Apple Corps vs Apple Computer: The Legal Fight Over The “Apple” Name 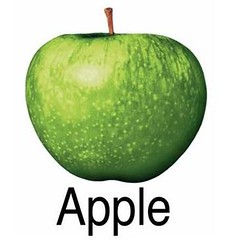 Apple Computer is pursuing a massive settlement with The Beatles‘ record company, Apple Corps Records, which has sued Apple several times over the past 20 years. If ever there were two cultural and business institutions known for their ability to generate utterly bizarre rumors, they would have to be the two Apples.

That is, Apple Computer of Macintosh computer and iPod fame, and Apple Corps, the record company founded by The Beatles. And only the engagement of the two in a sticky trademark dispute could have generated the whopper that made the rounds earlier this week.

According to a report in Daily Variety, the two companies are close to a settlement in their dispute over use of the Apple name, one that would have the computer company paying up big to the record company by writing a check that would “massively dwarf” the rumored $26.5 million that it paid the surviving Fab Four in 1991. “The biggest legal settlement in legal history,” one lawyer told Variety.”

Likely outcomes of the Apple Corps vs Apple Computer case are one of the following options: