Of the 82,000 members of the demo surveyed by Nielsen IAG, 75 percent reported that they found Bravo’s programming to be engaging to some extent

Since the year began, Bravo has emerged as television’s most engaging network among adults 18-49, according to a new study conducted by Nielsen IAG.

As Bravo viewers tend to be more engaged with the network’s programming slate, that attentiveness predictably spills over to in-program placement as well. Bravo ran away with the brand recall crown as it relates to product placement/integration, as 63 percent of those surveyed were able to identify an advertiser after having been exposed to that client’s brand within the context of a show.

Engagement falls off quite sharply one the commercial pods kick in, however. Generally, less than one-quarter of cable viewers said that they could recall a commercial message (19 percent), while broadcast recall evened out at 25 percent.

“This is even more evidence that high engagement and attention to programming translates into viewers remembering brand integrations and commercial messages,” said Tony Cardinale, senior vp, research and strategic insights, Bravo Media and Oxygen Media. “It’s consistent with other analyses we’ve seen that show that a high quality environment results in higher opinions of the brands within it.” 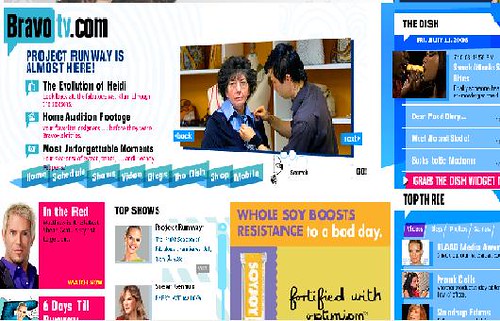