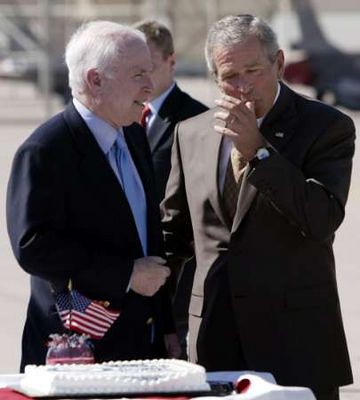 Police also made more than 250 arrests in the surrounding streets as protests turned violent.

The White House said Bush may give a televised address from Washington.

The decision on Bush’s role, if any, appears to rest with Sen. John McCain‘s campaign.

Bush had planned to speak at the convention’s opening day but skipped it to monitor the federal response to Hurricane Gustav hitting the Gulf Coast. Vice President Dick Cheney also canceled his planned speech.

First lady Laura Bush spoke from the podium in St. Paul about hurricane relief, as did Cindy McCain.

Virtually the only political business of the convention’s 2½-hour session was approval of a platform that sidestepped the Iraq war, one of the key issues in the campaign between McCain and Democrat Barack Obama.