Apple has been selling movies in iTunes 7 for a full week now. How are sales? According to The Wall Street Journal, Walt Disney says they’ve sold 125,000 movie downloads totaling $1 million in revenue. Not bad for just 1 week.

“This is just the beginning,” Disney CEO Robert Iger told Wall Street analysts at a conference Tuesday. “[iTunes] has proved [to be] a great business because there’s no marketing or other expenses involved in selling digital downloads except the cost of encoding.” Iger went on to predict that iTunes would help generate $50 million in additional revenue for Disney this year. 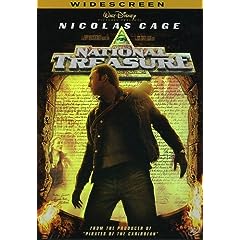 75 Disney movies, including such hits as Pirates of the Caribbean, The Incredibles, Good Will Hunting and National Treasure, can currently be purchased on iTunes. The other major movie studios are exploring partnerships with iTunes competitors or have disagreements with Apple over licensing fees. Disney’s success this week will probably help convince the other studios that participation on iTunes is probably a good idea.

Disney was also the first to offer TV shows on iTunes a year ago from their American broadcast network ABC.

Pour The Perfect Home Draught With The Philips HD3600 PerfectDraft
Next Post: Football Overwhelms The Competition »