You might remember hearing about a wave of wounded people when the Nintendo Wii first came out last November. A combination of physically unfit Wii owners and a weak Wiimote strap was causing people to accidentally do things like punch their dogs or dislocate knees. Well apparently everyone’s wounds have healed and they’re starting to experiment with their new gaming systems.

One ambitious Wii owner even decided to make his own steering wheel and upload a picture of it to GoNintendo.com. The official Wii steering wheel is included with most racing games like GT Pro Series and Monster 4X4: World Circuit; but why pay extra for a game bundled with a wheel when you can just make your own? 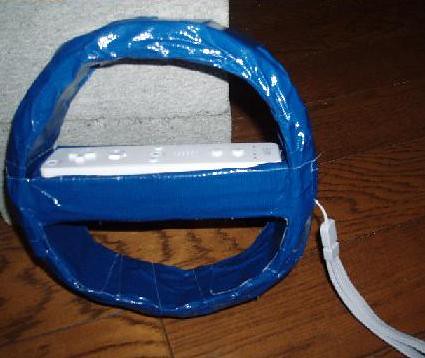 While this particular DIY wheel leaves a lot to be desired (especially when it comes to style points), I’ll give this lumpy homemade masterpiece an A+ for effort.