You are here: Home / Entertainment / TV & Film / The 6 Most Stunning And Jaw-Dropping Bond Girls

The 6 Most Stunning And Jaw-Dropping Bond Girls

James Bond has had a lot of stunning women by his side over the years. This guide will go through some of the most beautiful Bond girls we've seen.

The James Bond franchise is one of the longest-lasting and most enduring in the world, with legions of fans from all around the globe. 007 is an international icon, and the iconography of the films is beloved by many.

No James Bond movie would be complete, however, without a femme fatale at the side of our undercover hero. Bond has had his share of romantic entanglements over the years, and the actresses and characters that have stepped into the roles of Bond girls are varied and all-impressive.

We thought it may be fitting to count down some of the most memorable women to take on the role over the years. Read on, and we’ll walk you through our list of bond girls that are worth remembering.

When Bond was resurrected yet again in the form of Daniel Craig‘s more realistic take on the super spy, he brought with him one of the best Bond girls in the history of the franchise.

In Casino Royale, the ravishing Eva Green‘s take on the characterVesper Lynd has much more depth than many other Bond girls across the series, and the ripples of this character’s eventual departure from Bond’s life shape the man he is to become.

Vesper Lynd is a complicated woman with many secrets, and watching her hold her own against Bond across the film in more ways than one is a pleasure that many audiences cheered for.

Ask any Bond fan on the street who their favorite Bond girl is, and you’re likely to get a different answer each time. However, if there is a consensus out there for whom best stepped into the role, many would pick out Tracy Draco, played by actress Diana Rigg, in the solid Bond outing Her Majesty’s Secret Service.

Draco is a gorgeous and stunning performer, having the benefit of a great script and compelling story to launch her performance to the next level. She wins Bond over, and he relies on her deeply throughout the film, so much so that he leaves the service and marries her by the end of the story.

This love doesn’t last long forever, and the tragic nature of Draco’s story set the pace for what we understand about the Daniel Craig era today.

There are few Bond girls in the series’ canon who are more badass than Wia Lin, portrayed memorably opposite Pierce Brosnan by martial arts legend Michelle Yeoh.

More than any Bond girl before her, Yeoh gets to hold her own beside Bond and kick some real bad guy butt over the course of the film’s runtime. Her fight choreography across the film is stunning and brings an action element to the movie that hadn’t been present in the films before.

The chemistry between Yeoh and Brosnan is very strong, allowing you to buy into their relationship as lovers and as mutual crimefighters.

Tiffany Case in Diamonds Are Forever

If we were ranking Bond girls strictly off of sex appeal, there would be few that could compete with that of Tiffany Case, portrayed opposite Sean Connery by sex symbol Jill St. John.

Jill St. John was at the peak of her popularity when she took on this iconic Bond girl role, perfectly walking the line between villain and love interest. It’s that blurred line between friend and foe that defines some of the very best Bond girl relationships, and Tiffany Case provides the perfect role model.

When it comes to Bond girl rankings, there are few who would argue that Tiffany Case doesn’t deserve a spot near the very top.

Honey Rider in Dr. No

You never forget your first, and while there were many Bond girls who came after Ursula Andress took on the role in the original bond outing, Dr. No, there would never be any that erased the iconography she was able to provide.

Honey Rider’s entrance into the film is the iconic Bond girl moment, emerging in a bikini from the glistening Caribbean ocean and leaping immediately into the minds of audiences everywhere.

It’s a move that would be replicated again and again, including when Halle Berry stepped out of the ocean years later in Die Another Day.

Honey Rider isn’t the most developed character – she mostly serves the story as a device and a prize for Bond to protect. However, the iconography of her presence across the series can’t be understated, and she more than deserves the iconic status and high ranking often awarded to her.

The name itself is one that is oft-quoted when talking about Bond girls. Honor Blackman as Pussy Galore was a shift in the direction of the franchise and the Bond girl role.

It was the first of many with an incredibly suggestive name (Octopussy and Holly Goodhead were to follow) and Galore was also the first Bond girl to start as a villain, only to fall under the lure of the super spy’s suave charm.

It eventually is due to the help of Pussy Galore that Goldfinger is brought down and brought to justice, and it’s great fun to watch her transformation across the film from stone-cold foil to loving partner.

Honor Blackman brings a lot to the role and seems to relish the twists and turns of the story. Watching her take on the role and enjoy it so much helps elevate the character to something special. 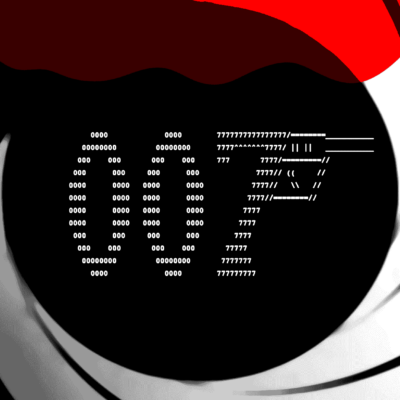 Here are some very creative examples of James Bond ASCII art. Look carefully, these images were made using text editors, not Adobe Photoshop.

It’s incredible to think about the many Bond girls that have come in and out of the franchise. The incredible women featured in this article are just some of the best ever to take on the iconic role.

Are you a big James Bond fan? Check out some of our stories about 007 here.

James Bond has had a lot of stunning women by his side over the years. Here are some of the most stunning Bond girls. #bondgirls #bondgirlsareforever #bondgirlsdoitbetter #bondgirlstyle #007 #JamesBond
Click To Tweet

5 Cute And Sexy Girl Scout Costumes
Next Post: 6 Bizarre Ideas That Might Actually Become Practical Energy Sources Of The Future