Sorry Canada. Your iconic CN Tower, the tallest free-standing structure in the world, is being eclipsed by a new monolith in the Middle East called Burj Dubai (now known as Burj Khalifa).

Burj Khalifa, a ginormous Y-shaped tower, will be two metres taller than the 553-meter CN Tower in downtown Toronto tower that overlooks the Lake Ontario shoreline. The developer, Emaar Properties, announced in a press release that Burj Khalifa would be 555 meters tall. Even though still under construction, Burj Khalifa had already beaten Taipei 101, which at 508 metres has been holding the tallest-building title since it opened in 2004. 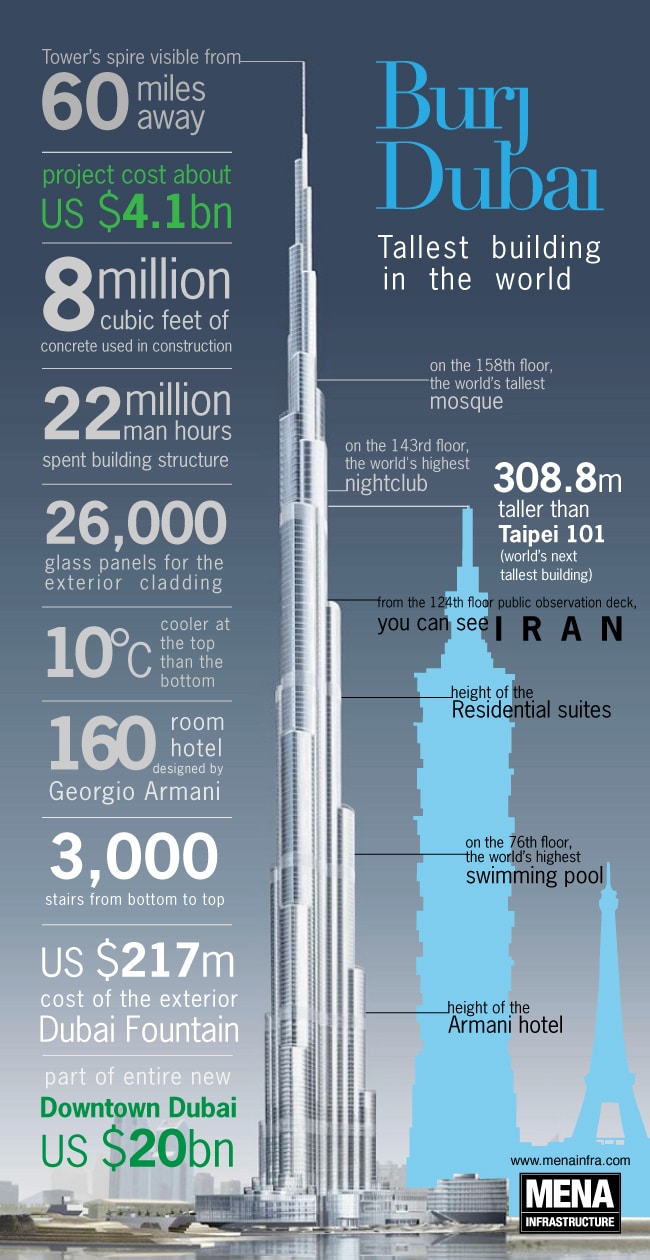 But the Canadians aren’t giving in without a fight. CN Tower’s chief operating officer, Jack Robinson, called the new Dubai structure “a commendable engineering achievement,” but added that the CN Tower is more than just a super tall building.

“When the time comes and the building is complete, we will congratulate the Burj Dubai project on their unique achievement,” Robinson added.

“For now, we remain proud of the 30-year-plus record Canada’s National Tower has held as the world’s tallest, and will continue to celebrate the architectural marvel and wonder that the CN Tower represents to Toronto, Ontario, Canada and the rest of the world.”

But unfortunately for the Canadians, Burj Khalifa won’t just be a tall building. The Burj Dubai project was launched in 2004 as part of a US $20-billion downtown development billed as the most prestigious square kilometre on earth. Every aspect of the area, inside and out is going above and beyond. Giorgio Armani is designing the building’s interior and the building will have 150 residential levels — the largest amount of living floors for any building in the world.

The final and exact height of Burj Khalifa is a closely guarded secret. But Emaar says when completed in 2009, Burj Dubai will be the tallest structure in the world in all four of the criteria listed by the Chicago-based Council on Tall Buildings and Urban Habitat.