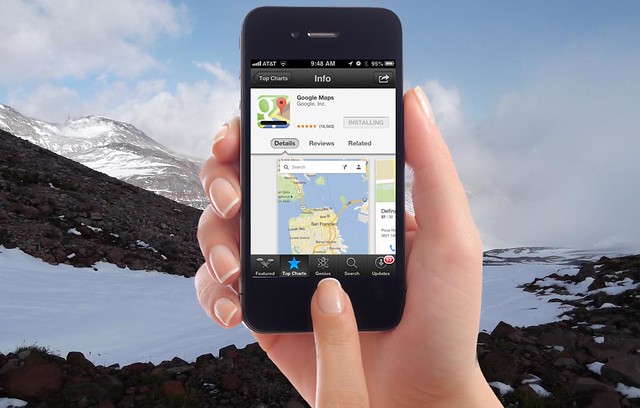 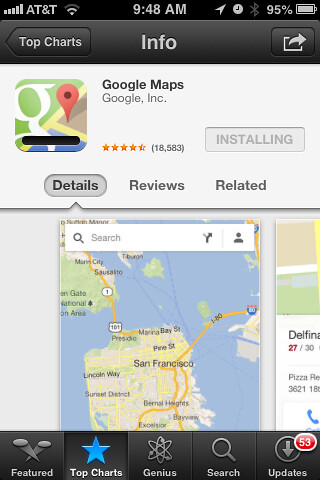 Still holding out on upgrading to an iPhone 5 or iOS 6 because of the lack of the Google Maps app? Your wait is over. The Google Maps app for iOS is now now available in the Apple App Store.

Google and Apple have had a strained relationship ever since Google started competing against the iPhone with their Android phone platform. Part of the fallout from this relationship was Apple abandoning the inclusion of Google Maps in the iPhone’s operating system. Apple’s map app, called Apple Maps, that replaced Google Maps was ridiculed by both the press and users. Apple CEO, Tim Cook, even issued a public apology for the Apple Maps app.

Why The FroliCat Laser Cat Toy Is My Cat’s New Favorite Toy
Next Post: Intense Video Of A Family Of Ducks Crossing Highway