Google has announced just that for its Google Talk IM service: bots (bot is short for robot, a program that mimics real conversation or serves some task in a chat channel) which will translate whatever you say into another language.

This is how it works: add [email protected] as a friend in Google Talk and send it a message. It’s a bot that will translate whatever you say from English to Chinese. 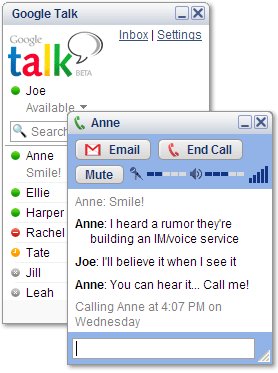 Now, I must admit that I’m used to talking in English when I’m online in, well, 100% of cases. However, not everyone speaks the language, and people that don’t will probably we overjoyed with this little invention of Google’s. Plus it’s probably a solid way to learn some basics of a language (we’re talking basic stuff here, complex sentences will probably get mutilated by the bot).