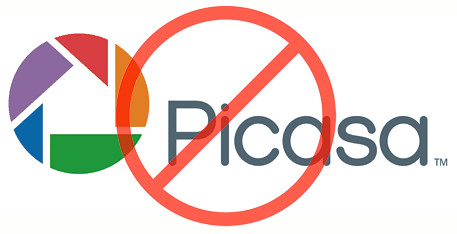 Looks like the bad blood between Google and Apple keeps getting worse. First Apple rejected Google Voice from the iPhone, then Bing was announced as the default search engine for the iPad. Now it looks like the iPad won’t support Google’s photo sharing service, Picasa.

Here’s the Picasa email exchange that took place between Steve Jobs and an unnamed Apple customer: 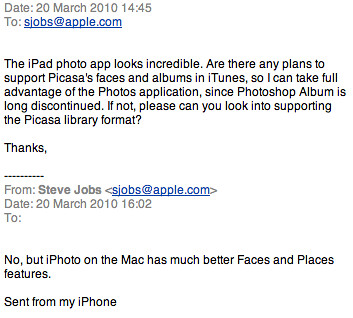 [via 9to5mac]
How do you get the honor of getting a personal response from Mr. Jobs himself? Good question. But he seems to be responding to customer emails more frequently. If you get an Apple Support response from [email protected], please let us know.