Everyone on the Internet is talking about the iPond, but for all the wrong reasons.

The iPond is a fancy new portable iPod speaker with a built-in fish tank. Because who doesn’t want to listen to music on the go without their pet fish, right? Everyone on the Internet is talking about the iPond, but for all the wrong reasons. The pricey speaker has generated a fair amount of criticism from animal rights groups. They are all essentially calling the novelty speaker a torture chamber. 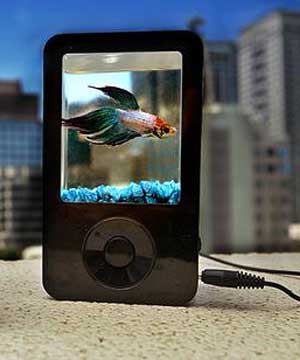 The animal rights community is not happy with the iPond. Meant for Betta fish (also known as Siamese fighting fish), the 650mm iPond has been said to be insufficient, since a single Betta fish requires around 10 liters of water to swim around and receive a proper amount of oxygen. Basically, the iPod is fifteen times smaller than the recommended tank for this sized fish. In addition, the speaker is located at the bottom of the tank under the rocks. So your favorite music might actually create vibrations that unsettle the fish further. the iPond sounds like a fish torture chamber to us.

Where To Buy The iPod 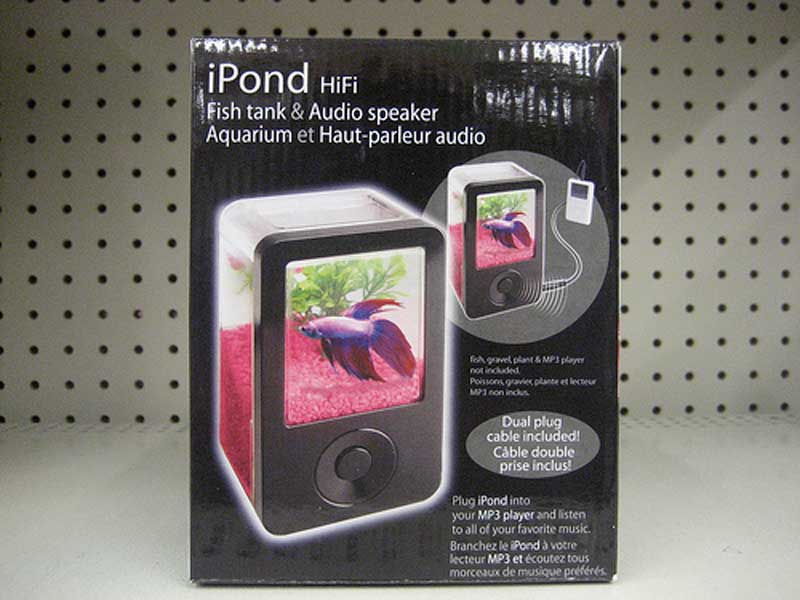