Teenage girls love it, but angry adults are leaving Amazon reviews warning other parents to steer clear. Find out why the Nimbus 2000 vibrating Harry Potter broomstick toy is so controversial.

A vibrating Harry Potter broomstick has teenage girls everywhere going wild, but for all the wrong reasons. Is this an innocent broomstick or a secret Harry Potter sex toy? Read the Amazon Nimbus 2000 reviews from angry parents, then you decide.

Why Are Harry Potter Broomstick Toys Being Sold In NYC Sex Shops?

While walking down New York City‘s 8th Avenue, I noticed that a sex shop in the Times Square area was selling the Harry Potter Nimbus 2000 broomstick for $40 — double the online retail price. The toy was prominently placed in the window of the store under a sign that read “Adult Toys & Lingerie.”

At first, I thought it was a Harry Potter knock-off product, so I doubled checked the spelling and the imagery on the box. I was expecting that instead of “Harry Potter” it might be something like a “Henry Potter” broomstick. But it was real and everything checked out.

I looked up the Nimbus 2000 on Amazon’s website and confirmed that it was the same exact item being sold in the adult book store. So was Mattel now making sex toys? What was going on?

In many of the Nimbus 2000 reviews, Amazon customers are urging parents to keep the vibrating Harry Potter toy broomstick away from their teenage daughters before it sends them into a wizarding world of ecstasy. Looks like the perverts from Mattel might need to conduct better product testing before going into production with another vibrating toy that girls put between their legs.

Have you read the Harry Potter Nimbus 2000 Amazon reviews yet? Users warn parents to keep this vibrating Harry Potter broomstick toy away from their daughters! Or at least take out the batteries.
Click To Tweet

The Nimbus 2000 toy reviews reprinted on is this article were all pulled off of Amazon’s page for the Harry Potter Nimbus 2000 Broomstick before they censored it. Good thing we had the forethought to make an archive of the original page.

If you try to go to Amazon’s page for the Nimbus now (link), you will see that not only all of the controversial Nimbus 2000 Amazon reviews deleted, but Amazon no longer sells this infamous Harry Potter broomstick toy.

Where Can You Still Buy A Vibrating Harry Potter Broomstick Toy?

But regardless of where you buy this Harry Potter vibrating broomstick toy, make sure you keep your teenage daughters away from it. Or at least keep the batteries out. Who knew Harry was such a stud?

NERD NOTE: J.K Rowling, author, and creator of the Harry Potter series has a real-life “rags to riches” life story. While living off of government benefits, she started writing the first Harry Potter novel, Harry Potter and the Philosopher’s Stone. After being rejected by twelve different book publishers, she eventually was signed by Bloomsbury Publishing. Rowling went on to sell over 500 million books and the Harry Potter book series is now the best-selling book series in history. Rowling was named by Forbes as the world’s first billionaire author in 2014. 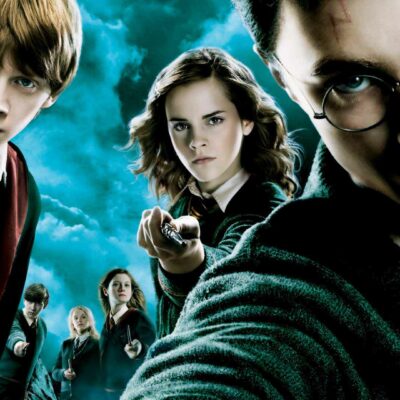 The Harry Potter series is full of great life advice. Reading this list of Harry Potter quotes might as well qualify as a therapy session.

Read more40 Inspirational Harry Potter Quotes Full Of Magical Life Lessons
This Vibrating Nimbus 2000 Harry Potter Broomstick Toy Has Parents In An Uproar: A vibrating Harry Potter broomstick has teenage girls everywhere going wild, but for all the wrong reasons. You decide: Is it a broomstick or sex toy?
Click To Tweet

This Animated GIF Shows You How To Paint Step By Step
Next Post: How Musicians Are Using the iPod In Their Professional Lives