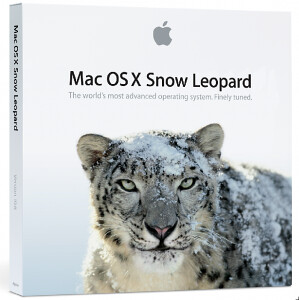 So what should you expect to find in Snow Leopard? Here are the 5 most important things you need to know about Mac OS X 10.6:

Snow Leopard was coded to take full advantage of the hardware in 64-bit Intel Macs. So all applications coded for 64-bit processors will be much faster.

Apple made a few minor user interface and software improvements to Snow Leopard. For example, Expose was moved into the Dock, time stamps added to screenshots and QuickTime Player now has the playback controls from iTunes’ full-screen mode.

Are you still rocking an older Mac? If you own an older PowerPC Mac and have yet to upgrade since Apple’s switched to Intel, then Snow Leopard is not for you. Snow Leopard will only run on an Intel Mac equipped with at least 1 GB of memory. You also need 5 GB of free hard drive space and a DVD drive.

Snow Leopard isn’t enough of an OS upgrade to knock your socks off, but the speed improvements alone are well worth the $30 price tag.