The Ends of the Earth: NBC Attempts World’s First Bipolar Live Broadcast from Antarctica and The North Pole

The TODAY Show's Ann Curry and Matt Lauer will broadcast live from Antarctica and the North Pole at the same time in a segment called The Ends of the Earth. This will be the first live simultaneous broadcast in history from the top and bottom of the globe. 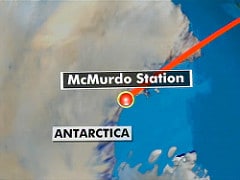 When considering some of the most extreme environments on the planet, surely Antarctica, one of the coldest, driest and windiest places on earth (average temp of -56º F) comes to mind. Now imagine trying to conduct a live TV broadcast there. Sounds crazy right? My Direct-TV dish can’t even get a clear signal when it’s raining outside let alone an Antarctic blizzard. But on Nov. 5th & 6th the TODAY Show will try when Ann Curry and Matt Lauer report live from Antarctica and the North Pole in a segment the Today Show calls The Ends of the Earth. This will be the first live simultaneous broadcast in history from the top and bottom of the globe.

Planning Around The Weather

When facing some of planet’s harshest conditions, how do you even begin to coordinate a live TV shoot? Well, it might not seem like such an insurmountable feat when you consider that there are 1,000-4,000 people living and working in Antarctica on any given day (mostly scientists and their support staff). In fact, there are several year around permanent research stations in Antarctica. The TODAY Show recruited the help of one such research station supported by the National Science Foundation (NSF). The NSF‘s established base in Antarctica has advanced technological capabilities including a pre-set data circuit that show was able use for transmission. Using this system paired with a software program called Qvidium, there was no need for satellites. So no matter what the weather is like, NBC will still be able to broadcast live. 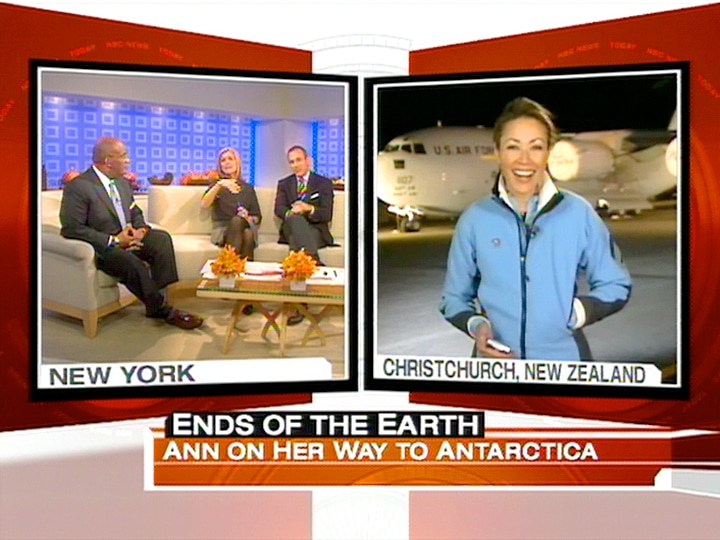 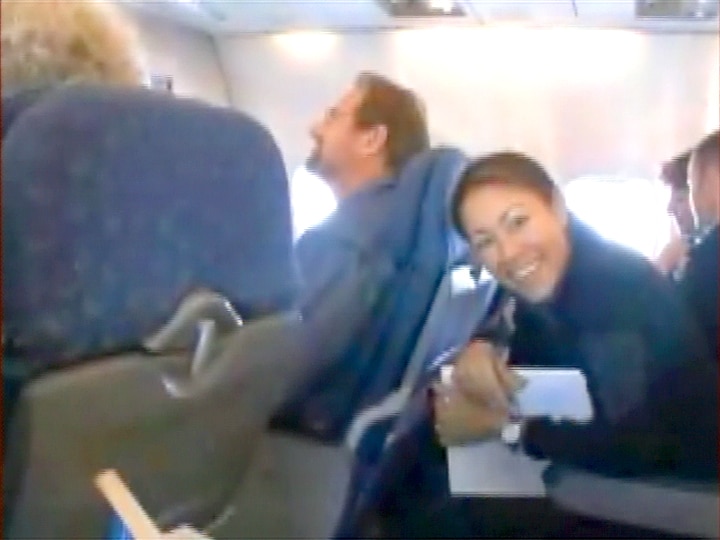 The actual technical equipment in use for this shoot is pretty straightforward. The shoot will be a single camera shot using the Ikegami HLV55. The camera feed via a laptop computer with Qvidium software to stream live video. The Qvidium system transports and/or captures live video feeds for IP networks, including High Definition video. It enables this high-quality video transport over unconditioned IP networks, including wireless links and the Internet. It can operate on a single path due to the limitations of bandwidth.

As far as other equipment, goes it was all very standard. Nothing special was used with regard to the microphones, batteries, or the like. It seems as though Antarctica is pretty advanced for a giant desert of ice, especially when considering the fact that NBC’s director of production operations was easily reached on his cell phone down there.

Ironically it looks like the biggest challenge of this shoot won’t be technology, but rather making sure that the production crew stay warm. Also, the Antarctic Boomerang won’t make it an easy trip home.