20 Strange Items From McDonald’s Menu Around The World

Move over Egg McMuffin. On the McDonald’s menu in Mexico, they have a breakfast item called McMolletes. The McMolletes sandwich is a mini version of a traditional Mexican breakfast dish: refried beans topped with cheese and salsa.

The McDonald’s menu around the world has a lot of similar items. But the McDonald’s in Germany is the only place you’ll find the McCurry Wurst. It features sliced German sausage with curry sauce and curry powder. By the way, McDonald’s Germany also serves beer.

McDonald’s bought out the New Zealand fast-food chain Georgie Pie in 1996. The move instantly gave them locations across New Zealand and all George Pie restaurants were rebranded as McDonald’s and their menus switched. But after decades of requests from the public and a popular Facebook Fan Page, McDonald’s New Zealand reintroduced some of Georgie Pie’s menu items in 2013. Pie fillings include minced steak, vegetable, chicken and fruits like apple pie and blackberry.

NERD NOTE: People in both New Zealand and Australia refers to McDonald’s as Macca’s. Surveys have shown at least 50% of the population use the nickname. McDonald’s has embraced the name, adopted it for marketing purposes and even copyrighted it.

The Maku Baagaa, or Teriyaki McBurger, is a beef burger marinated in teriyaki sauce on the McDonald’s Japanese menu. You can also add an egg to it. That’s called a Teritama (Teriyaki Egg Burger).

The Tsukimi Baagaa (Moon Viewing Burger) is a special McDonald’s Japan menu item. It’s only available in the fall to celebrate the harvest moon. The Tsukimi Baagaa has an egg, beef patty, smoky bacon, fry sauce (ketchup and mayonnaise) is sandwiched between a sesame bun.

Similar to the American Filet-O-Fish but this sandwich would be better described as a Filet-O-Shrimp. The Ebi Fireo on the McDonald’s menu in Japan has a fried shrimp patty, lettuce, fish and vegetable sauce on a sesame seed bun.

The McFlurry ice cream dessert first debuted on the McDonald’s Canada menu in 1995. But it quickly became one of the most popular items on the McDonald’s menu from around the world. In fact, the McFlurry is now a global standard for the restaurant chain. Different countries put their own spin on the McFlurry. One of the most popular flavors is the green tea McFlurry from Japan. A version with Oreo cookies, called the Matcha Oreo McFlurry, can now be found on various McDonald’s menus around the world.

The Gurakoro is a macaroni and shrimp cream croquette sandwich with shredded cabbage and katsu sauce. Similar to the McRib in the United States, this seasonal burger only makes a short appearance on the menu every year and has a cult following.

There are tons of cows in India, but you can’t order a Big Mac. Cows are sacred and the Hindu people don’t eat beef. So they have a Maharaja Mac available in chicken or veggie.

Another popular item from the McDonald’s menu in India is the McAloo Tikki. This vegetarian burger is made out of spicy peas, carrots, and potatoes. This sandwich is also often called the McVeggie. 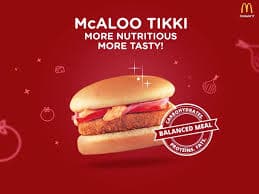 The Spicy Paneer Wrap on the McDonald’s menu in India is a grill-pressed tortilla wrap with deep-fried paneer cheese and vegetables. 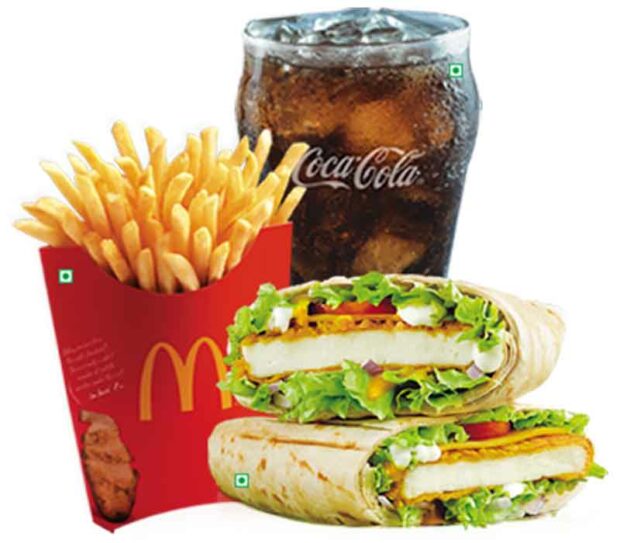 The McArabia is a pita sandwich available in several Middle Eastern countries including Egypt and Pakistan. The sandwich includes two grilled chicken or kofta meat patties with vegetables and garlic sauce.

Not a fan of bread or soggy buns? McDonald’s Taiwan has a Rice Burger with chicken or beef and… no bun. They substitute a rice patty in place of a traditional hamburger bun.

One of the weirdest McDonald’s regional customizations isn’t a menu item, it’s a restaurant theme. At the McDonald’s Maid Café in Taiwan, the female staff dress up in maid outfits and refer to customers as “Master.” Here’s more info on Asian Maid Cafes if you’re curious.

The Turkish have taken the “supersize” concept to the next level. The Mega Mac is a four beef patty sandwich with cheese available at McDonald’s Turkey. 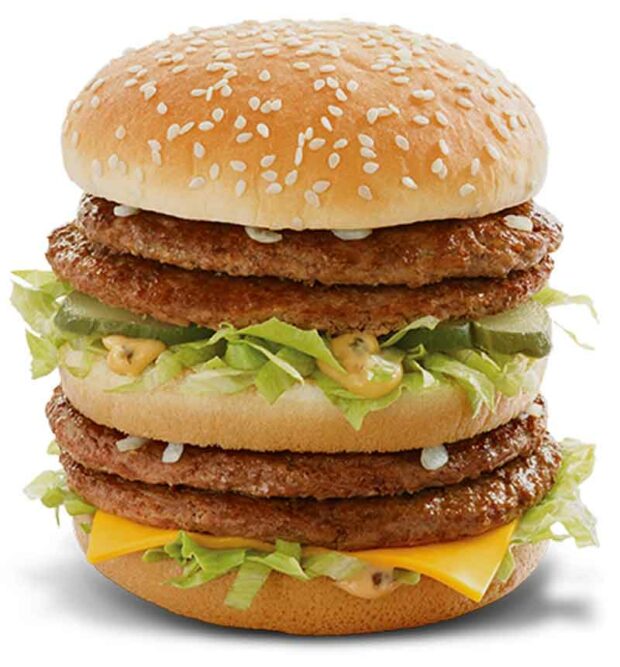 The Pizzarotto is a calzone (pizza sandwich) with a tomato and mozzarella cheese filling. Add an optional side of parmesan cheese and you’ll almost have a… pizza. 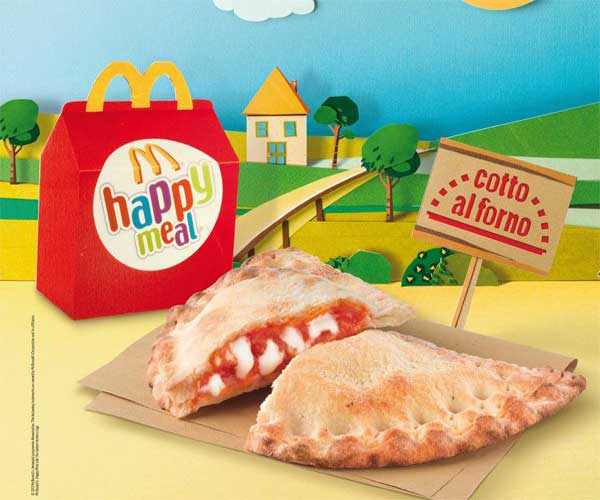 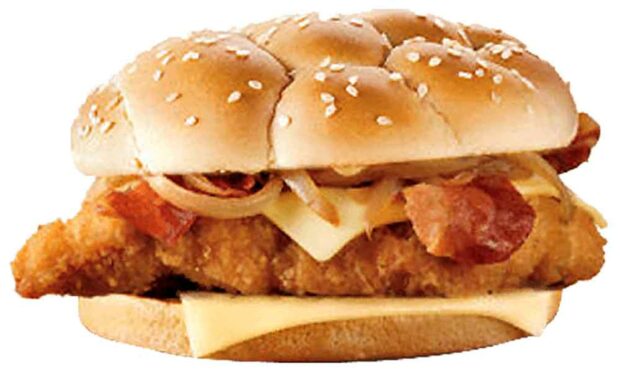 Fish is a major part of the Norwegian diet, not beef. So McDonald’s Norway added a fish sandwich called the McLaks to their menu. It’s a grilled salmon and dill sauce sandwich. 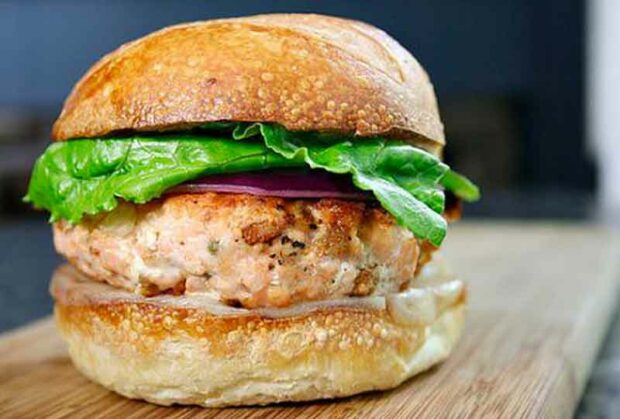 Canada has a popular fish sandwich called the McLobster lobster roll. Pardon me – “McHomard” (in French). 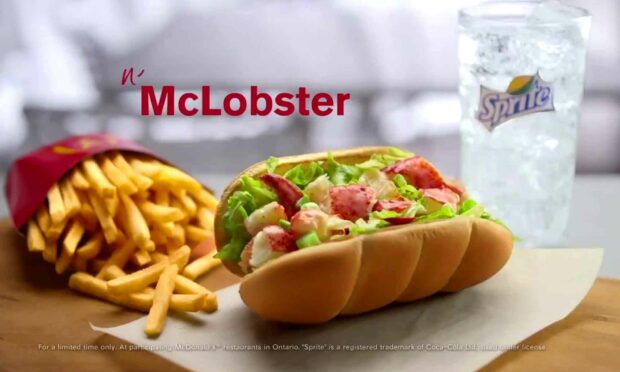 It’s not Greek without pita, right? The Greek Mac is a burger with meat patties wrapped in a pita. That’s right, a pita burger?! This is a great example of how the McDonald’s menu around the world has adapted to different cultures.

Variety Thrives In The McDonald’s Menu Around The World

For a company that started just serving burgers and fries, the McDonald’s worldwide menu sure has grown and diversified through the years. Have you sampled McDonald’s food around the world? What are some of your favorite menu items?