You are here: Home / Entertainment / TV & Film / 7 TV and Movie Robots That You Can Either Buy Or Make Yourself

We look at some Movie robots like Robby the Robot, Dalek, R2D2 and how you can either buy, or make yourself

Have you ever wanted your own personal robot? In fiction, robots do everything for us from complex medical procedures and security to our daily chores. True, anyone with a background in electronics, 3D printing, and a CNC machine could possibly build a cool robot. But if you’re not feeling that ambitious, there are also plenty of famous robots from popular TV and movies that you can buy. With options on either how to buy or make them, here are some of the most popular TV and movie robots of all time.

Robby The Robot (B9): Lost in Space

Lost In Space fans might be surprised to learn that they can buy a life-sized Robby the Robot (standing 7 foot tall). Although this model is not a fully functional robot, it does light up and can speak famous lines from the series (i.e. “Danger Will Robinson”). You can also speak into a microphone and create customized messages with your voice.

The body is made of fiberglass and aluminum, so it will not rust. The neon tubes light up when Robby says something. The gyros spin and he does have some limited movement on his body. You can control Robby through remote control. But if you want this guy (with a certificate of authenticity), you better plan to shell out $30,000+. That’s the price tag for Robby on Hammacher Schlemmer’s website.

Smaller toy versions of Robby The Robot ($15 – $500) can be found online. But how cool would it be to be greeted by a life-sized Robby the Robot every time you came home?

Johnny Five is alive?! Well, he could be. All you have to do is build him yourself. Johnny Five is the famous sentient robot from the 1986 and 1988 Short Circuit movies. In the films, Johnny Five tries to find himself, while hiding from people in the U.S. military who want to destroy him.

The special effects crew created 15 working models of Johnny Five for the Short Circuit movies. But sadly, only 1 survived intact after production and sold at auction in 2007 for $100,000. So, unfortunately, you can’t buy a real Johnny Five robot. But you can do the next best thing… make him! Hobbyists frequently sell remote controlled Johnny Five kits on eBay.

Or you can buy LEGO’s knock-off version of Johnny Five called Boost ($160). He looks exactly like Johnny Five. They even have the same eyebrows. 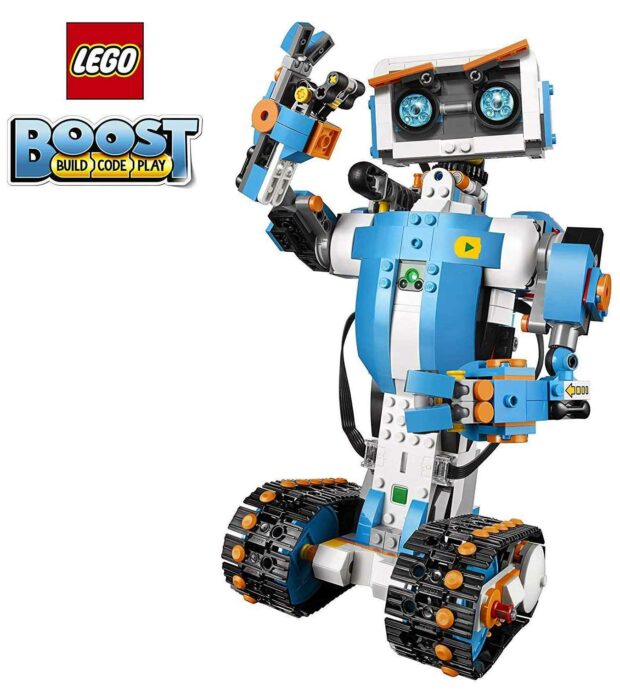 The leader of the Autobots, Optimus Prime is one of the most recognizable robots from the Transformers series.

Optimus Prime is also very big. There are a couple of people that have made full-sized models of Optimus out of old car parts. Some of them are very realistic.

Optimus Prime made from car parts in Thailand

There used to be a company that built life-sized Daleks that you could get into and control. They seemed to have gone out of business – but fear not! For $5,400, you can get a life-sized Dalek for yourself. You cannot ride it, but the Dalek does have the ability to move its head and extend out the plunger. It doesn’t say if it comes with voice controls, but I would be surprised if it didn’t. Who wants a silent Dalek? EXTERMINATE!! 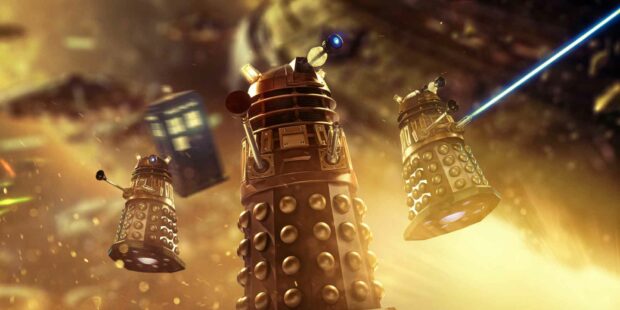 Smaller versions and Dalek toy collectibles are also available. eBay is a good place to start. Some people have even made decorative Dalek Easter Eggs. Watch out Doctor Who! 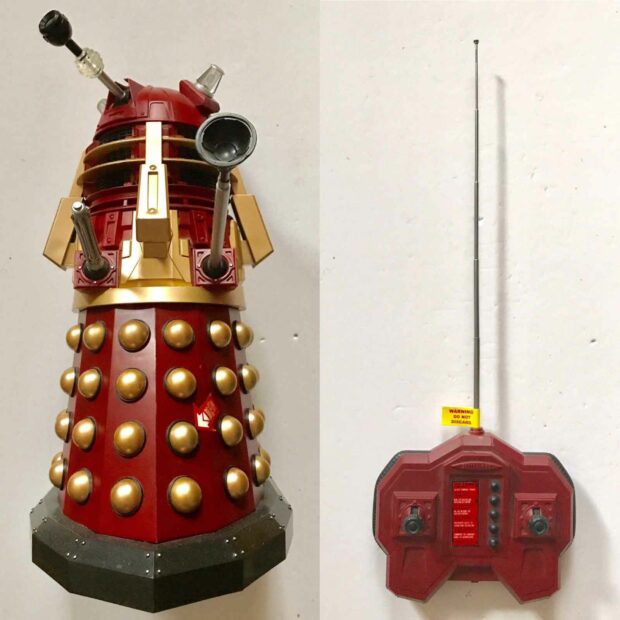 I’ve always been a fan of R2-D2 from Star Wars. So when I heard about some fans were trying to make an R2-D2 model from scratch, I got very excited. From 2005 to 2007, Mike Senna, Kelvin Miyake, and others chipped in to make this life-sized replica of R2-D2. They made it as a fully functional robot. It can roll around, bleep and bloop and even move its head. All via remote-control.

Of course, we cannot do this article without talking about LEGO robot creations. There are many different robot projects you can do using LEGO. If you have imagination, money, and bricks, you can build anything out of LEGO (hence the life-sized Conan O’Brien).

One guy made Wall-E out of LEGO from a cardboard cutout he stole from the movie theatre. Marc-André Bazergui put together his life-sized Wall-E using the Mindstorms collection. As the video shows, it can even collapse itself to the box.

One of the smallest robots from Star Wars is the MSE-6 Mouse Droid. These little black robots were basically just little remote control cars that drove through the halls of the Death Star.

Making an MSE-6 robot is fairly easy and will likely only require items you already have at home.

From here, you can get creative. Jack Doud made a similar MSE-6 Mouse robot in 2007.

You can do anything if you set your mind to it. Then again, you can make a robot that is not a movie robot. Maybe a robot that cleans out urinals? Maybe a Robot Guitar?

What other robot droids are out there? Have you built a life-sized C3-P0? A fully functional Cyberman? Let me know by Twittering me @geekazine.