Which ISP Has the Best Netflix Streaming Video Performance?

This week, Netflix released a chart ranking the nation's fastest ISPs (Internet Service Providers). s you can imagine, Netflix made both friends and enemies. Which ISP do you have? Do you think you are being throttled? 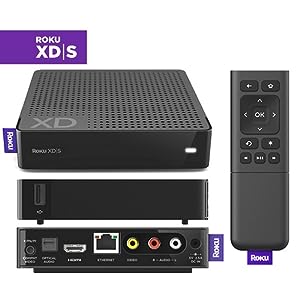 This week, Netflix released a chart ranking the nation’s fastest ISPs (Internet Service Providers). The chart is meant to help consumers make an educated decision when determining the best streaming video options for their homes. To help deliver content to its 20M users, Netflix has added on-demand streaming video capabilities to several home entertainment devices including the Roku (pictured right), Nintendo Wii, Xbox, Sony Playstation 3 and a variety of Blu-ray DVD players including the LG BD300.

Charter Communications (dark green) ranked as the top network averaging 2.667 kbps, followed by Comcast, Cox and Time Warner. Rogers leads in Canada with an impressive 3,020 kbps average. CenturyTel and Frontier rounded out the bottom of the batch of the 16 ISP rated, but Clearwire’s 4G WiMax network ranked last.

“We were glad to be ranked with our wired counterparts, but as the only wireless carrier included in the study we were automatically placed at a disadvantage in terms of speed,” a Clearwire spokesman said in an e-mail.

As you can imagine, Netflix made both friends and enemies by releasing the chart. Netflix accounts for more than 20% of all downstream Internet traffic in North America during the peak usage hours of 8 to 10 pm. As a result, many ISP’s are throttling Netflix users, or choking their Internet speeds. Netflix hopes by releasing this data, it will put pressure on ISPs to stop throttling or risk losing customers to their competitors.

Which ISP do you have? Do you think you are being throttled? Please post a comment below…

Yeti Sports: Penguin Toss – Play Now For Free
Next Post:I Got A Yellow Rose Tattoo During My Lunch Break