New Bar Codes Can Talk With Your Cellphone

It sounds like something straight out of a futuristic film: House hunters, driving past a for-sale sign, stop and point their cellphone at the sign. With a click, their cellphone screen displays the asking price, the number of bedrooms and baths and lots of other details about the house.

Media experts say that cellphones, the Swiss Army knives of technology, are quickly heading in this direction. New technology, already in use in parts of Asia but still in development in the United States, allows the phones to connect everyday objects with the Internet.

In their new incarnation, cellphones become a sort of digital remote control, as one CBS executive put it. With a wave, the phone can read encoded information on everyday objects and translate that into videos, pictures or text files on its screen.

“The cellphone is the natural tool to combine the physical world with the digital world,” that executive, Cyriac Roeding, the head of mobile-phone applications for CBS, said the other day.

In Japan, McDonald’s customers can already point their cellphones at the wrapping on their hamburgers and get nutrition information on their screens. Users there can also point their phones at magazine ads to receive insurance quotes, and board airplanes using their phones rather than paper tickets. And film promoters can send their movie trailers from billboards. 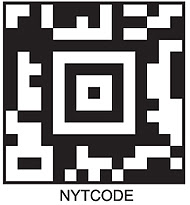 The Rembrandts Sing The Thundercats Theme Song
Next Post:NBC schedules Manze for promotion