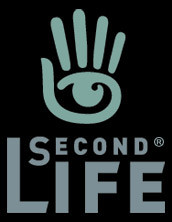 The virtual 3-D world of ”Second Life” has always been a place where people could gather and communicate — but only by silently typing notes to each other. In attempt to add more realism, ”Second Life” is about to get a whole lot noisier.

Linden Lab, the company behind ”Second Life,” says it is implementing voice-over-Internet software that will let the thousands of people online at any given moment talk to each other over their computers’ microphones and speakers.

One key feature will be something called spatial audio. To mimic sound in the physical world, the ability to talk and hear conversations will be contingent on the separation between people in the virtual environment, said Joe Miller, a technology executive for Linden Lab. A group close together will be able to chat normally, but once a certain distance is reached, not even shouting will be enough, Miller said.

Players also will have controls to manage exactly whom they can talk to — and whom they’d rather not hear.

More of an online social experiment than video game, ”Second Life” lets players interact through digital alter-egos called avatars. They can pretty much do whatever they want — fly around, shop at one of the growing number of stores that sell virtual clothing and other items, and soon, talk.

Testing on the voice system will begin next week. Miller said the software will probably debut for the entire game in test form at the end of March, followed by another two months of customer feedback.