Interested in getting your hands on some slick Bond-style spy equipment without spending a mint, or working at the ‘Company’ (a.k.a the CIA)? Rejoice because advances in technology have made camera & video technology much cheaper and much smaller.

A perfect case in point is this stylish Hennessey VD2BLK surveillance camera watch that hides the lens in the number ‘2’ on watch face. This watch records at a respectable 15 FPS (frames per second) with a 352×288 resolution in AVI format and saves it onto its 2GB internal memory. 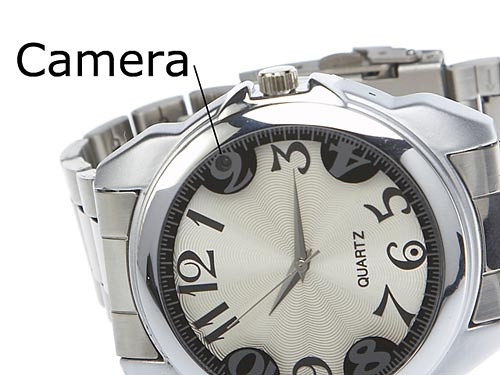 Not too shabby, right? And less than $200. There are way more such spy camera equipment embedded in some crazy devices. Of course, the downside to all of this is that it is now way easier for anyone to invade your privacy or catch you in the act of making our occasional mistake.

NJ Company Has A Strange New Tire Recycling Idea: Microwave Them?
Next Post:See Your Twitter Lifespan and Activity with Yappler