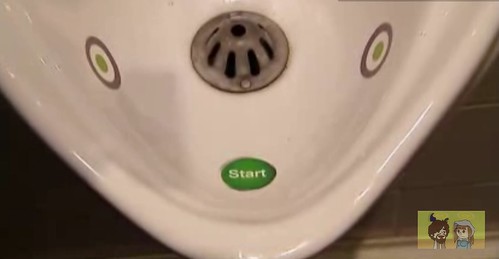 Now guys have a reason to go to the bathroom together. So they can play head-to-head with each other. In a video game, that is.

A bar in London installed a game system in the bathrooms. Now, when patrons go to wee, they can Wii.

The game system works by you maneuvering your stream to the right and left. You can run race courses, or play other games. Of course, once your bladder is empty, well, game over. So the game will most likely last for 30 seconds.

It’s a new way to play. Just don’t get too excited and hit the patron to the left of you. No word on if you can compete with other. Now if they put it with the True purpose of Wii, we would be all set!

8 Mobile Apps To Use While Standing In Line During Black Friday
Next Post:Killing Zombies on Your iPhone with Zombie Gunship 1.3