Ready for Vaping 101? Here's everything you need to know about the history of vaping, the modern vaping subculture, and the story of how vaping evolved into the massive $10 billion dollar industry that it is today.

From the beginning, the evolution of vaping has been driven by customization. As e-cigarettes have gained popularity, a vaping subculture has always been present. Enthusiasts are always modifying and experimenting with their own configurations. Today, it is hard to find someone who doesn’t want temperature control or higher wattage. A lot has changed since the humble beginnings of e-cigarettes in the 1960s. In the 1960s it would have been unfathomable to imagine vaping tanks with “Octo-coils” and yet here they are. The customization offered by today’s market is in itself the result of a technological revolution in the vaping community.

Ready for Vaping 101? Here’s everything you need to know about the history of vaping, the modern vaping subculture, and the story of how vaping evolved into the massive $10 billion dollar industry that it is today.

The first vaporizer was introduced in April 1963, when Herbert Gilbert filed for a patent on the ‘smokeless non-tobacco cigarette’. According to Herbert, it was obvious that traditional smoking wasn’t good for one’s health. In response, he decided to create a smoking alternative where you didn’t need to burn anything in order to inhale. However, despite e-cigarettes emerging as an alternative to cigarettes, in the 1960s cigarettes had not lost any of their affinity with the public and doctors actually supported their use within the wider community. Unfortunately, the patent on the smokeless cigarette would expire before any vaporizers could be made. For many years, vaping remained in its infancy.

It would take until 2003 before a new lease of life was given to vaping, as a Chinese Doctor named Hon Lik developed the first “analog cigarettes”. These convenient e-cigarettes went into production in 2004 and vaping became much more widely accessible.

However, Hon Lik’s innovation was just the beginning. The next wave of innovation came in 2006, with the Cartomizer that would consolidate the atomizer and flavor cartridge into one single piece. The inventors, working under the company XL Distributors, opted for a simple resistance wire-heating element wrapped in cotton to be used in their products. Their innovation of resistance wiring would prove to be vital for the further progression of e-cigarettes.

In 2011, as vaping became much more prominent, the standard of e-cigarettes produced was becoming much higher. As e-cigarettes became much more efficient with regards to electricity, dual coils became introduced to give much higher quality vapor for the user. With power output and coil technology advancing, everything got bigger, better and slicker. 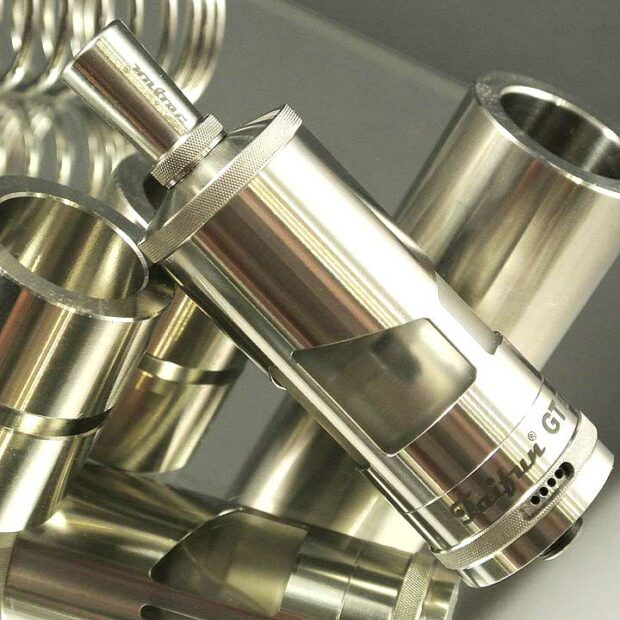 This evolution wasn’t limited to the production lines either. By 2013 the market had grown astronomically in the DIY vaping sector, with growth in very knowledgeable consumers in the hobbyist scene. As a consequence, the standard and versatility of vaping products and e-cigarettes improved dramatically. 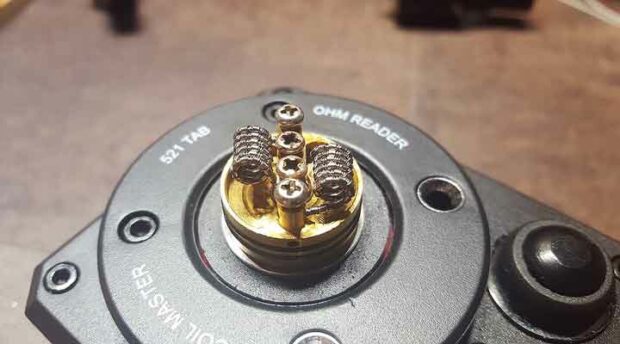 For enthusiasts, RDA’s (Rebuildable Dripping Atomizers) were the equipment of choice, due to the fact that they allowed a lot of different sub-ohm setups. Enthusiasts could build according to their own tastes. By 2014 enthusiasts could buy triple, quad, sextuple and Octo-Coils as the market hit new heights in its excess.

E-Cigarettes came from humble beginnings, from the first patent that Herbert Guilbert put forward, to the rapid growth that would occur in the 21st-century market. But vaping was initially driven by its culture rather than its industry. As the industry grew, the demand was always there for higher performance equipment with options for customization and additional accessories. They were then manufactured and sold to a larger market.

Today we take for granted the sheer variety that the market has to offer. There are all kinds of configuration options for new and experienced users alike. The diversity of the market has a lot to owe to the active and original subculture and the expectations that users placed on future vaping products.

Vaping can seem overwhelming at first. Especially when compared to the age-old method of holding a flame to an unlit cigarette. But vaping doesn’t need to be an irksome experience that leaves you reaching for the nearest cigarette. For new buyers, more technology is coming out by the day to help. Various brands who offer ‘ciga-likes’ and all-in-one box sets that require no experience in order to use.

For those curious about vaping, some of the best e-cigs and starter kits on the market today are shown below:

With these starter kits, you can hit the ground running and start experimenting with the flavors you like. All you’ll need to do is open the box and start vaping.

How Micro Linear Actuators Are Advancing Home Automation Technology
Next Post: Why Is The Ford Fiesta So Insanely Popular In The UK?