TiVo Is Bringing YouTube Videos Directly To Your TV

Imagine this. You are laying in bed. You pick up the remote, turn on the TV and then watch YouTube... Sound strange? Maybe now, but not in a few years.

Imagine this. You are laying in bed. You pick up the remote, turn on the TV and then watch YouTube… Sound strange? Maybe now, but not in a few years. Soon every modern TV will have the ability to watch streaming Internet video content already built-in to its hardware. The blurring between computer and TV screens took another step this week when TiVo, the popular maker of digital video recorders, announced an agreement with YouTube. The deal aims to deliver millions of YouTube videos directly to your TV screen.

“TiVo‘s strategy is to bridge the gap between Web video and television and make as much content available as possible for our subscribers,” said Tara Maitra, TiVo’s vice president and general manager for content services.

The Fight For The Living Room

TiVo is the latest brand to announce intentions to bring Internet videos to TV. Apple has introduced a version of Apple TV with similar features. Although several companies are trying to merge online content with the big screen in the living room, no one product dominates the market. 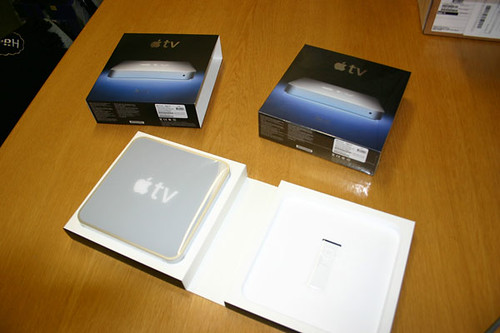 “Leaning forward at my computer screen, I’ve got this giant amount of content,” said Dmitry Shapiro, the founder of Veoh, one such company. “But as soon as I want to relax in my living room with friends, I’m stuck with what’s on my TV.”

TiVo pioneered the digital video recorder technology that enabled television viewers to time-shift their favorite shows, and its set-top boxes are increasingly acting like digital video retrievers and receivers as well. The company already makes video content available from about 40 partners available through its box.

Just as users can sign up for a season pass to record “Desperate Housewives” on ABC, they will be able to subscribe to CNet video clips, CBS episode recaps and other segments and have the content downloaded to their hard drives. The YouTube clips, however, will be streamed by broadband Internet connection.

When it is introduced this year (the exact time has not been specified), the YouTube service will be available only to TiVo users who have up-to-date hardware — a Series 3 or HD set-top box — and a broadband connection.

Of the 4 million TiVo users nationwide, more than half get their set-top box from a cable operator. Of the 1.7 million who bought their box directly from TiVo, only about 800,000 have the necessary broadband connection.

Users will be able to log into their accounts and gain access to playlists on the video-sharing site directly from their televisions. The company also plans to let users subscribe to video feeds from across the Internet by using software called an RSS reader.

“TiVo should be the best experience for all video options, whether it’s coming from cable, satellite or off of a server,” Ms. Maitra said.

The integration of Web video and TiVo was a result of YouTube’s decision, announced last August and made public Wednesday, to open the YouTube platform for outside developers. The platform promises to make it easier for other sites to upload and manage videos.