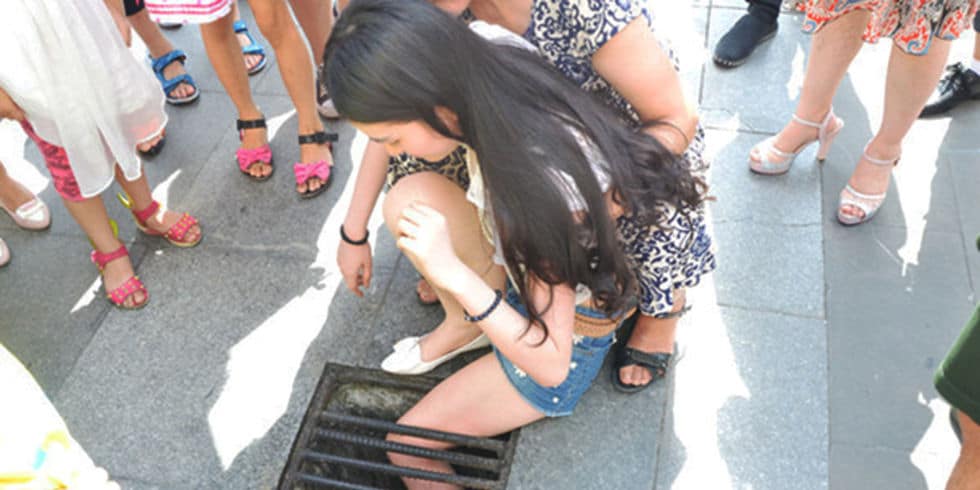 Texting on your phone and doing (almost) anything can be dangerous. Texting and driving is obviously a no-no. But texting and walking can be equally as dangerous.

This week a Chinese teenager in Mianyang, China, fell into a sewer while texting on her smartphone and walking. As you can see in the photo, her entire leg was caught in a street drain.

Trapped In A Sewer Drain

The teen was extremely embarrassed and tried to hide her face from bystanders who were both trying to help as well as taking photos of her. She was eventually freed by the fire department about 45 minutes later. This teenager isn’t alone. People are constantly hurting themselves or getting into accidents while texting. Just a few years ago, a teenager infamously fell into an open manhole in New York City while texting and let’s not forget about the guy who walked into a bear on live TV while texting.

Have you ever done something stupid or hurt yourself while texting or using your phone? Please make a confession in the comments below.