Apple vs Android Fight Drives Roommates to Stab Each Other

What mobile operating system do you use? Does it matter that much to you? Would you ever put your life at risk to fight for iOS, Android, Windows Mobile or Blackberry? Gizmodo posted an article last week about two roommates in Tulsa, Oklahoma that got into a knife fight over which OS was better Apple or Android. The fanboy roommates, Jiro Mendez and Elias Ecevo, used broken beer bottles to stab each other. 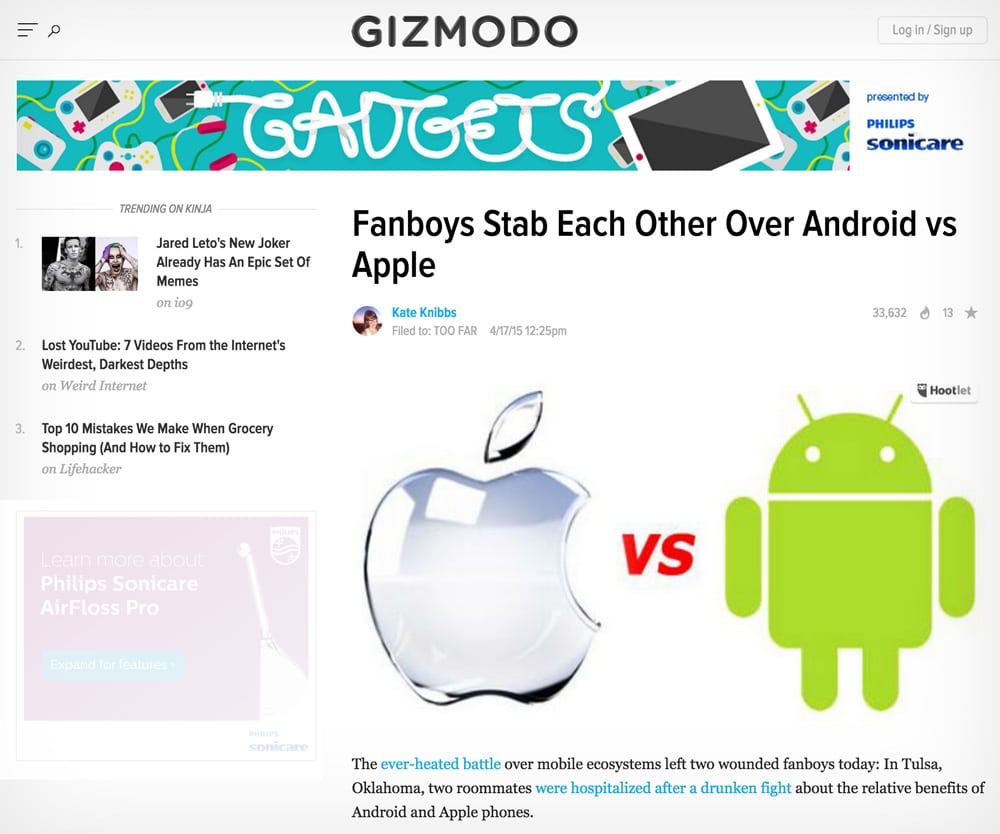 Gizmodo used one of our Flickr photos as the featured image in their story. If only we’d known, we would have spent more than a few minutes making it better. Thanks for the mention @knibbs!

VIDEO: How Stripes Are Dispersed Inside Toothpaste Tubes
Next Post:How To Remove Double Line Spacing From Your Microsoft Outlook Email Signature