Is it just me or is it starting to feel like the Apple announcements are coming closer and closer together? New phone! Upgraded TV! Sexier iPod! The iPad!! 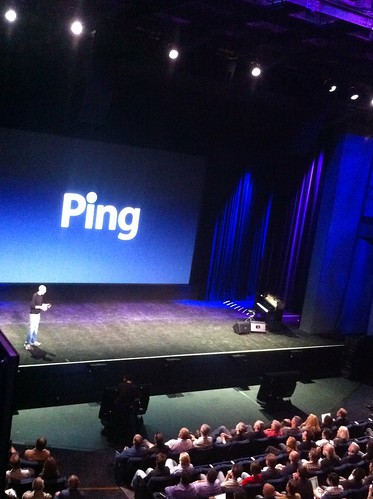 Is it just me or is it starting to feel like the Apple announcements are coming closer and closer together? New phone! Upgraded TV! Sexier iPod! The iPad!!

Yesterday, yet again, there was a new unveiling at the ol’ Mac headquarters, where Steve Jobs confirmed speculation that new iPods are on their way. Apple didn’t stop at bringing a touch screen to the Nano (and bringing the click-wheel back to the shuffle) — nope, the real gems are a new gaming network and iPod Touch user networks and iOS 4.1 system upgrade. Dvice.com has the breakdown on Game Center — the name of the new system — and how it links players together for more satisfying game-time.

Perhaps the coolest addition to the iPod repertoire, however, is the launch of Ping, iTunes new social networking tool. Followers can see what their hipster friends are listening to and showcase their own good taste to those linked into their network. I, for one, am not willing to out myself as a fan of musical theater and 90s feminist piano ballads just yet. But for the rest of you secure in your listening tastes, it’ll be a game-changer, for sure. According to Brand X, Steve Jobs reported that some 160 million are now allowed to begin following one another if they so choose. Groovy.

Now brace yourself for another iPod announcement, surely just around the corner. And check out this video for a one minute nutshell of all of yesterday’s higlights.