Apple to back both HD-DVD and Blu-Ray?

When Apple joined the Blu-Ray Disc Association in March 2005, the move was seen as a coup for Blu-ray and a blow to the competing HD-DVD format, but documents recently obtained by Think Secret indicate that Apple may in fact be planning to support both formats equally.

While members of the Blu-ray camp, which include Dell, Panasonic, Pioneer, and Sony, have kept their distance from HD-DVD, which is backed by Microsoft, Toshiba, and Intel, among others, Apple would not be the first vendor to side with both formats: Hewlett Packard actively supports both formats.

From a business perspective, backing both Blu-ray and HD-DVD makes tremendous sense for Apple. The company’s hardware and software is used extensively in Hollywood, and HD-DVD is exclusively backed by Universal Studios, while other studios have lent non-exclusive support to the format. Were Apple to forgo HD-DVD support in its products, it could potentially limit the adoption of its products by some film makers. 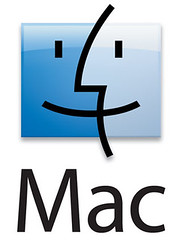 Apple’s move was first suggested by a 2005 press release indicating that the company would lend its support to both formats. Since that time, neither Blu-ray nor HD-DVD has established any meaningful lead in the marketplace since hardware arrived in consumer hands earlier this year, and neither appears poised to do so in the near future. Some manufacturers have also started to divert attention to producing drives, recorders, and media that support both formats, similar to how most DVD recorders and players on the market today support both DVD-R and DVD+R.

As for when the next-generation disc formats might be available in Apple hardware, sources are uncertain but indications point to the first-half of 2007, when Apple plans to roll-out Mac OS X 10.5 Leopard as well as a major upgrade to Final Cut Studio, which is said will support both high-definition formats out of the box.

DNA Art: Create Unique And Fascinating Artwork Based On Your DNA
Next Post:Introducing the Olive Symphony