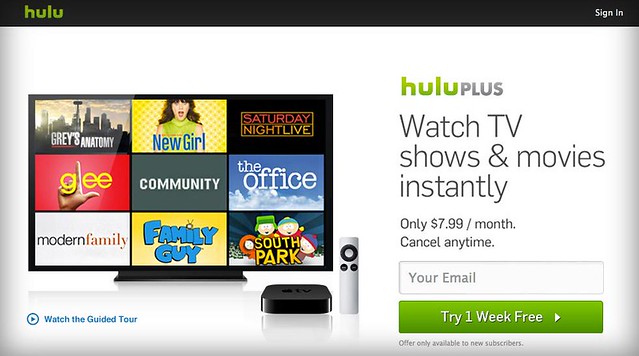 Over the last few months, Apple has made some very telling moves. Namely, they’ve added Netflix and Hulu Plus to Apple TV and let Amazon release its instant video streaming app for the iPad. For years, Apple had excluded companies that compete directly with the iTunes Store (like Hulu Plus and Amazon). The inclusion of these two apps will hurt their bottom line and Apple wouldn’t just abandon a revenue stream unless they had a very good reason.

By investing in content partnerships, Apple is probably laying the groundwork for a TV product device. Over the next year (or less), we will most likely see Apple making small strategic moves that lay a foundation for Apple’s entry into the consumer television market. If Apple plans on selling a new TV device, they will need as many content partners as possible.

Apple’s strength has allways been software and human interfaces. Hopefully Apple can take what they’ve done with the iPhone and the mobile phone industry, and translate that to the consumer television market. The only company that has come close to revolutionizing the TV industry with a hardware/software solution has been TiVo. Unfortunately TiVo has always had timid leaders unable to lead their industry. Apple on the other hand has both corporate courage and the clout needed to make a change.

So what do you think? Is Apple working on a standalone consumer TV? A new set-top box similar to Apple TV? Or something completely different?
Related Articles: