Atari debuted a touch-sensitive "Pong Wall" game at Nextfest. No monitors or game controllers needed. Players just use their hands to position paddles.

I was on TechEBlog the other day and found this great YouTube clip from Nextfest (2006). It’s an interactive installation of an Atari touch-sensitive “Pong Wall” game. No video displays or game controllers needed. You just touch the wall and use your hand to position your paddle. The Pong Wall detects hand movement by using embedded sensors on the wall. And the game interface and score are both projected on the wall with LEDs. 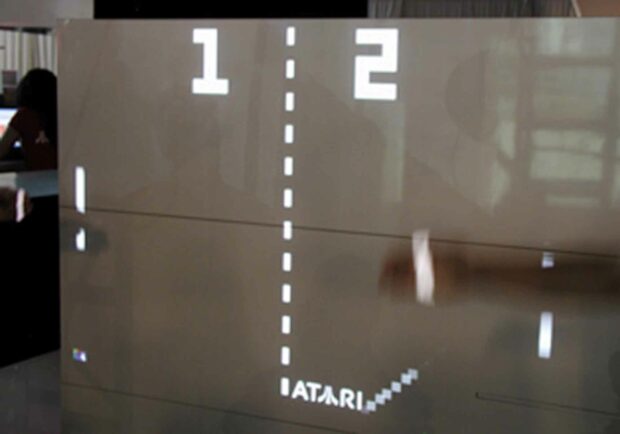 Retro Gaming With The Atari Flashback 2