Here are the best Black Panther quotes from the 2018 Marvel film.

When Black Panther was released in 2018, it stunned audiences with its story, cast, and visual effects. The groundbreaking Marvel film was even nominated for an Oscar in the Best Picture category. Although it didn’t win, out of all the films nominated that year, Black Panther made the most money.

Part of the reason for Black Panther’s success is how well-written it is. There are so many great Black Panther quotes to choose from. Some are funny, some are about love, and others are serious movie quotes about life that sum up the complex themes.

T’Challa’s first mission as Black Panther doesn’t exactly go as planned. His sister Shuri and Okoye are there to tease him properly.

“How do you think your ancestors got these? You think they paid a fair price? Or did they take it like they took everything else?”

Killmonger is one of Marvel‘s most brilliant villains. This is because they made him complex and empathetic. Killmonger’s opening scene is the perfect introduction to his character and shows part of where his anger comes from. It starts in a museum.

In this scene, he is asking the museum director about African artifacts.

The museum director then falls to the ground, obviously having been poisoned. Killmonger and his men, disguised as EMTs on the scene to help, then leave with the stolen loot.

How do you think your ancestors got these? You think they paid a fair price? Or did they take it like they took everything else? #BlackPanther #BlackPantherMovie #BlackPantherQuotes #WakandaForever
Click To Tweet

“Together we will always rise.”

“…Only fighting when absolutely necessary.”

T’Challa’s Royal Shoes: “What, you don’t like my royal sandals?”

Shuri and T’Challa are in the lab while she shows him his new Black Panther tech gear. Shuri may be a genius, but she is not above giving her brother a hard time with his sandals.

T’Challa and his ex-girlfriend Nakia take a walk. Their lines about T’Challa wanting to make her queen of Wakanda are some of the best quotes from the film.

Killmonger Challenge: “I want the throne.”

Killmonger comes face-to-face with his cousin, T’Challa, for the first time, and he has a challenge. This scene gives us one of the best Killmonger Black Panther quotes.

“We let the fear of our discovery stop us from doing what is right. No more! … He is a monster of our own making.”

This scene has one of the most inspirational movie quotes of Black Panther. In it, T’Challa stands up to his ancestors and defines what kind of hero he will be.

“…In times of crisis the wise build bridges, while the foolish build barriers.”

T’Challa’s Comeback: “I never yielded. And as you can see, I am not dead!”

Wakanda thought they had seen T’Challa fall dead in battle with Killmonger. They were wrong. He makes a dramatic entrance, but Killmonger handles it with humor.

“What? You guys have hoverbikes?”

Agent Ross is out of his element in Wakanda. He has a hard time wrapping his head around their advanced technology.

“You are a good man, with a good heart. And it’s hard for a good man to be a king.” – Famous Black Panther Quotes #BlackPanther #BlackPantherQuotes #WakandaForever
Click To Tweet

“This corset is really uncomfortable.”

Of course, one of the most famous Black Panther movie quotes is “Wakanda forever!” Quick, register WKANDA for a vanity license plate before someone else in your state beats you to it.

What did you think about our list of Black Panther movie quotes? Did we leave out any of your favorites? Are you a Wakanda fan? Please let us know in the comments below.

And if you love movie quotes, MethodShop has you covered. These Black Panther quotes are just the beginning. From Rocky to The Blues Brothers, we have tons of articles with iconic movie quotes. 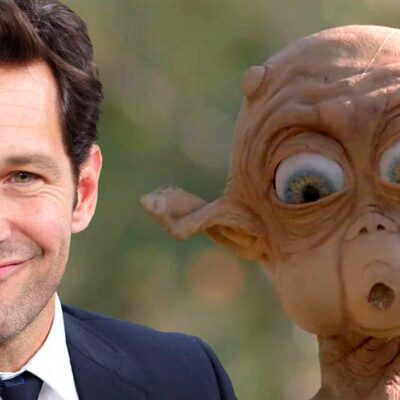 In February 2004, Paul Rudd stopped by “Late Night with Conan O’Brien” with an exclusive clip from the “Friends” finale. It was actually a clip a boy in a wheelchair falling off a cliff from the 1988 movie Mac and Me. Here’s the Paul Rudd Mac And Me prank explained.