If you grew up in the 1980s, then you probably remember a movie called BMX Bandits. And because the film was Nicole Kidman's first starring film role, it continues to get extra attention compared to other BMX movies like RAD.

If you grew up in the 1980s, then you probably remember a movie called BMX Bandits (1983). And because the film was Nicole Kidman‘s first starring film role, it continues to get extra attention compared to other BMX movies like RAD.

Decades later, the 1983 movie is still a cult favorite. BMX Bandits was recently re-released on DVD and continues to completely sell out on Amazon.com.

Is BMX Bandits worth buying? Or should you just Netflix it? Let’s take a walk down memory lane.

After a group of friends BMX bikes are destroyed during a freak supermarket parking lot accident (don’t ask), P.J., Goose and Judy (Nicole Kidman) decide to go fishing. But the kids end up catching more than they bargained for, when they discover a sunken big orange box full of illegal Police walkie-talkies. After a small debate, P.J., Goose and Judy decide to sell the walkie-talkies to their friends to pay for brand new BMX bikes.

Can P.J., Goose and Judy use their BMX skills and walkie-talkies to save the day without any help from the Police? Of course they can!!! Otherwise we wouldn’t have a movie. 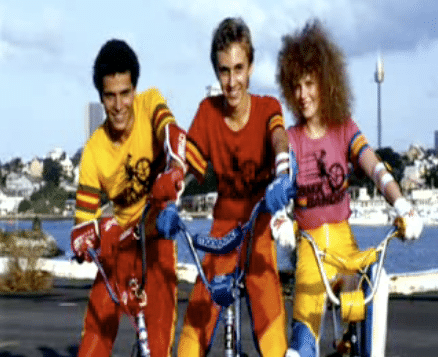 If you think the plot sounds cheesy, just wait until you see the advertising campaign promoting the release of BMX Bandits.

Nicole Kidman also did several TV appearances promoting the film, including an Australian show called “Young Talent Time” (1971-1988). She even got to sing along with the kids in the audience.

Here’s a mix of promotional artwork for BMX Bandits. The images below include the original movie poster, the VHS jacket and some newer art from DVD releases. 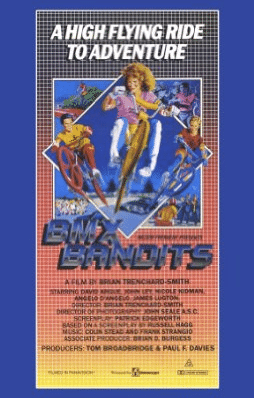 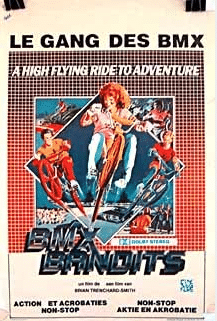 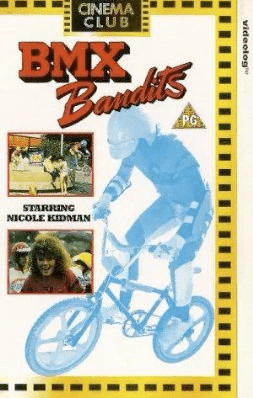 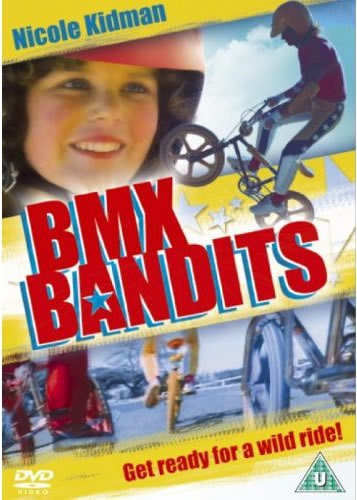 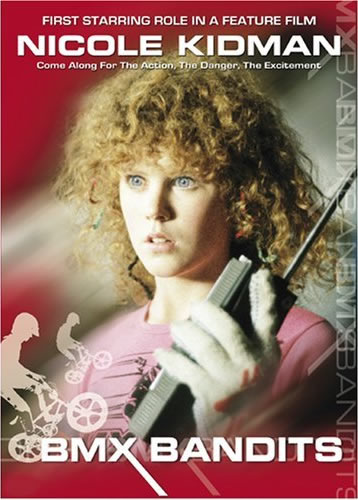 Is it worth watching?

Even though the plot for BMX Bandits involves two of the most iconic items from the 1980s: BMX bikes and walkie-talkies, this is by no means a “good” movie. But it was nominated for 4 Australian Film Institute awards.

The acting in BMX Bandits is amateur, the plot is absolutely ridiculous and even the BMX “stunts” aren’t very good. If your kids can tolerate older movies, then they might enjoy it. Definitely not a good date night movie. But if you want to see a young Nicole Kidman riding a BMX bike and laugh your ass off, then grab a drink, sit down, and enjoy.

34 People Having A Worse Day Than You
Next Post:US Military Codename Generator