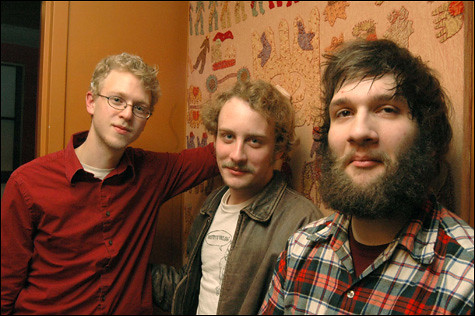 The debuted episode of BriTunes is an interview with a band called Deer Tick from Brooklyn, NY. If you aren’t already familiar with Deer Tick, their name might sound familiar. Rolling Stone called Deer Tick the No. 1 breaking band at SXSW 2009. Williams invited all four members of Deer Tick, John J. McCauley III, Christopher Dale Ryan, Dennis Ryan and Andrew Tobiassen, to a conference room at NBC’s 30 Rockefeller Plaza headquarters for the interview.

According to this quote from HuffPo, Williams wants to keep the focus of BriTunes on independent musicians and up-and-coming artists.

“I have always loved identifying good music and good groups — discovering them early (bar bands are best) and following them through their journey. While we’ll interview some established musicians, mostly I’d like this to be a place where people can sample some of the great music being created every day, by talented musicians who wouldn’t dream of doing anything else.”

Have You Seen These Cool DIY Russian Pac-Man Costumes?
Next Post:How Glass Beach California Went From A Garbage Dump To A Beautiful State Landmark