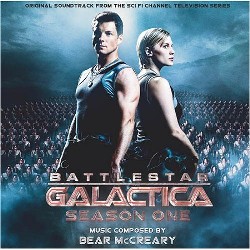 As its fans have feared, Sci Fi’s Battlestar Galactica will end its run after its 4th season. Executive producers Ronald D. Moore and David Eik (Bionic Woman) said they will wrap up the show’s storyline with these 22 episodes. The fourth season is in production in Vancouver and will premiere in November 2007. The official announcement, planned for Friday, ends months of speculation from the show’s core group of dedicated fans.

“We respect the producers’ decision to end the series and are proud to have been the home of this groundbreaking show,” said Sci Fi Channel Executive Vice President of Original Programming, Mark Stern in a statement.

“This show was always meant to have a beginning, a middle and finally, an end,” said Eick and Moore in a joint statement. “Over the course of the last year, the story and the characters have been moving strongly toward that end and we’ve decided to listen to those internal voices and conclude the show on our own terms.”

Are you a Battlestar fan? Are you sad to see the show ending or do you think it’s time? Please post a comment below.