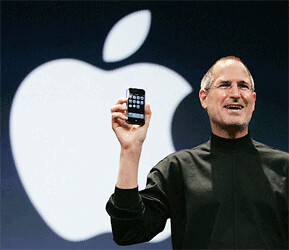 Apple announced the next generation of the iPhone due out in June will support Microsoft Exchange ActiveSync, meaning that the business world will now be able to use it for Blackberry-like functions such as syncing corporate email and calendars. iPhone users at Nike and Disney are currently beta testing the new Microsoft Exchange mail software.

iTunes will become the exclusive online retail outlet for iPhone apps, some of which will be offered for free if in an ad supported model is chosen. Developers will get to keep 70% of the sales revenue generated monthly from each application.

This should not only help Apple discourage people from “jailbreaking” their iPhones, and at the same time enable the company to profit from application sales.

In related news, everyone at RIM, the company that makes the Blackberry, just crapped their pants.