What does your computer desktop look like? Nice and organized or a complete mess full of files, folders and shortcuts? Storing tons of files on your desktop is never a good idea because it slows down your computer… especially the video refresh rate.

In an effort to encourage people to clean up their desktops, Teknograd Mac Support (Norway) has come up with an ad campaign that visualizes the feeling of helplessness that a cluttered desktop can cause. 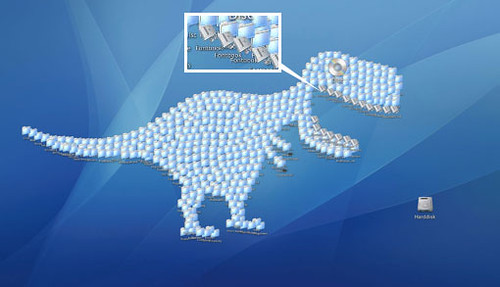