Bill Purkayastha owns a mini tank called The Donk. Besides harassing local drunks, here's what else he does with it.

Way back in 2007, we interviewed a company called NAO Design about a product they were selling on Amazon.com called the a JL421 Badonkadonk Land Cruiser Tank. “The Donk,” as it’s affectionately called, is a personal mini tank with lots of fun optional features including party lights, a PA system and yes, a roof mounted blowtorch.

Although we never actually got to see the Donk in person, NAO Design sent us plenty of pictures that we used in our review here on MethodShop.com. FOX News even mentioned our review and crashed our server with a traffic surge.

While a steel covered mini tank with a blowtorch may not be ideal for running errands around town, it does make one badass recreational vehicle. One of MethodShop.com‘s readers, Bill Purkayastha in Shillong, India sent us a first-hand account of his Donk experiences. It’s slightly satirical, so don’t get too upset when he talks about using his mini tank to run over the local drinks in his town. Enjoy!

Thanks Bill for sharing this with us! We might have to take a field trip to Meghalaya, India one of these days and take a ride in your Donk. 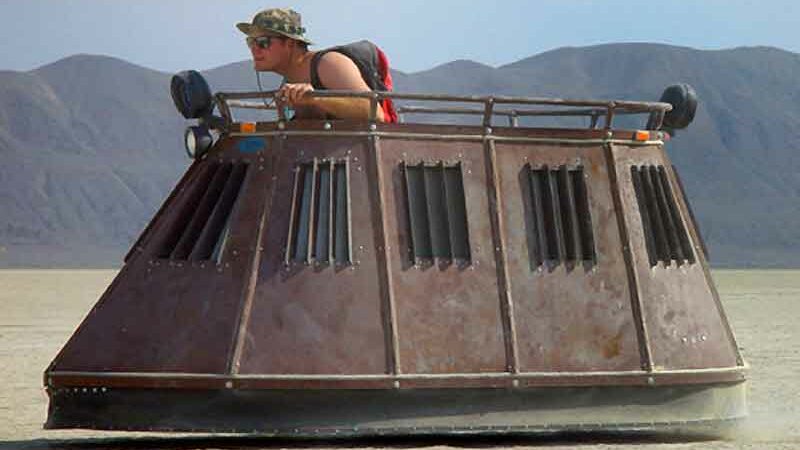 Nicknamed “The Donk,” the JL421 Badonkadonk Land Cruiser Tank made its debut in 2002 at the Burning Man festival in Nevada and has since made numerous appearances as a support vehicle for the Stanford University Marching Band.

Microsoft’s Gmail Man Parody Accidentally Leaked on Internet
Next Post:30 Years of MTV And How it Changed Our Lives