TV screens are coming to a gas pump near you. The latest trend in advertising is "gascasts". 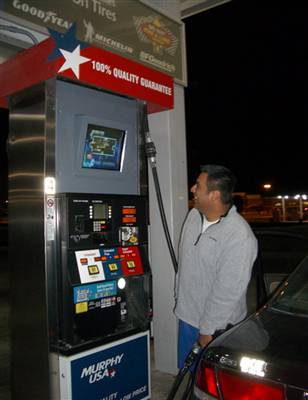 Wish you could get sports scores while you are gassing up your car? According to LA Times, now you can.

“It’s another opportunity for fans to be able to watch us,” ESPN spokesman Mike Soltys said.

ESPN will slowly ramp up production of the gascasts. The network will initially just produce one segment per day for GSTV. But eventually ESPN hopes to produce multiple segments everyday.

Where can you see these gascasts? Right now only in Atlanta, Dallas and Houston. But next month GSTV hopes to install more screens at gas stations in Los Angeles, Chicago and New York.