Less than a week after American broadcast network, CBS, pulled the plug on its post-Apocalyptic sci-fi series “Jericho,” fans have apparently been making contact with the network in droves, demanding that if nothing else, CBS find closure for the cliffhanger left at the end of Season 1. 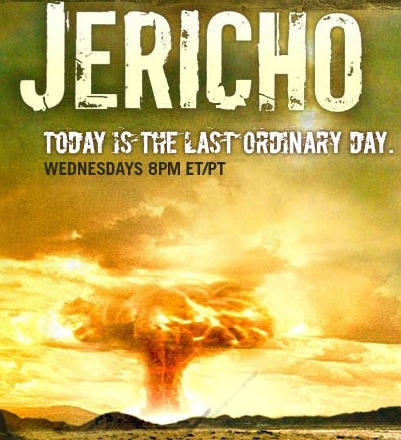 That campaign has included letter writing and even the delivery of peanuts to the network, highlighting one of the final words of the series when Skeet Ulrich’s character of Jake Green tells the sheriff of the neighboring town of New Bern that is at war with Jericho, paying homage to a World War II story by his grandfather.

The campaign may have paid off, with CBS making an announcement on the official “Jericho” message boards that there could be plans in the works to at least wrap up the story.

“We have read your e-mails over the past few days and have been touched by the depth and passion with which you have expressed your disappointment,” wrote Nina Tassler, president of CBS Entertainment.

“Please know that canceling a television series is a very difficult decision. Hundreds of people at the network, the production company and the incredibly talented creative team worked very hard to build and serve the community for this show — both on-air and online. It is a show we loved, too. Thank you for supporting ‘Jericho’ with such passion. We truly appreciate the commitment you made to the series and we are humbled by your disappointment. In the coming weeks, we hope to develop a way to provide closure in the compelling drama that was the ‘Jericho’ story.”

While the series had a strong run of episodes early in the season, by the time it returned several weeks after its first part of the season, “Jericho” had stiff competition against “American Idol”- fueled programming on Fox among other places, but was still generating decent ratings for CBS.