Free iTunes download from a band called THE MUSIC 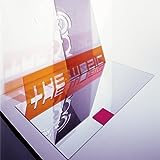 The Music are nothing if not confounding. Their second album, Welcome to the North would, based on its title alone, suggest that this quartet wear their Northern England roots on their sleeve. But rather than producing yet another tired Oasis or Stone Roses pastiche, The Music decamped to the distinctly un-Northern town of Atlanta, Georgia to work with renowned rock producer Brendan O’Brien (best known for working with Pearl Jam and Soundgarden).

The results are thrilling–an over-the-top, bombastic album that often manages to combine the rock power of Led Zeppelin with the epic psychedelia of Jane’s Addiction (helped by frontman Robert Harvey‘s vocal similarities to Perry Farrell and drummer Phil Jordan‘s breakneck drumming, reminiscent of Stephen Perkins). And though the lyrics occasionally venture into pretension (really, who says “mine eyes” anymore?), they’re made forgivable by the power of tracks like “Freedom Fighters” and “Bleed from Within” (which even boasts a drum solo). In fact, the only outright homage to their Northern indie heritage is “I Need Love”, with a danceable, New Order-esque bassline that drives the whole thing along. But generally, they stick to their guns instead of their roots, making Welcome to the North a great rock album.

You can download the free song (for the week of Nov 2, 2004) “Freedom Fighters” from the iTunes Store.
Related Articles: