Google Reconsiders Its Aversion to Advertising 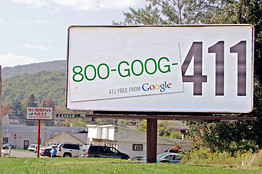 Since its earliest days, Google Inc. has largely promoted its search engine and search-advertising products through word of mouth and partnerships.

But in recent months some of the Internet company’s executives have been pushing for the company to overcome its aversion to paid advertising. That has created some conflict within Google, which is maturing and looking to reinvigorate its slowing growth.

An episode around the Olympics earlier this year illustrates the tensions. Some Google employees were considering a plan to sell airtime during the NBC broadcast to other advertisers and to take out a spot to promote a Google product as well, according to people familiar with the matter.

The idea didn’t get past Google founders Sergey Brin and Larry Page, who felt a splashy television ad wouldn’t fit with Google’s image, these people said. A Google spokesman declined to comment.

But there are signs that the internal debate is causing Google to shake-off of its reluctance to advertise. The search giant has recently held discussions with several Madison Avenue agencies, including Wieden + Kennedy and the boutique firm Taxi New York, about new efforts to promote some products, according to people familiar with the matter.

In August, Google launched an advertising effort in Japan that included outdoor and online ads created by Wieden + Kennedy, which is best known for its Nike “Just do it” campaign.

The effort, dubbed “100 Things You Can Do With Google,” was designed to promote the Google brand and several products such as Google Maps and Gmail.

Google’s own marketing staff, which is decentralized by product groups, is also trying new approaches, such as projecting massive images on buildings in New York to promote its custom homepage service.

And the company has started slapping its brand on products, like the G1 cellphone that runs its software. Google and T-Mobile USA are launching an online, outdoor and TV ad campaign to promote the device, which hits stores this month.

His team is involved in everything from marketing Google’s 10th birthday with a $10 million contest to launching its new Web browser Chrome with a comic book.

Google’s new approach is still in its early stages and how much it will ultimately involve traditional advertising remains unclear. Messrs. Brin and Page remain cautious and have pushed back against some ideas they believe are inconsistent with the company’s image, say people familiar with the matter.

The new efforts are significant for Google which has relied very little on paid advertising in the past. Despite its size and rapid growth, Google’s offline ad spending has remained steady at about $20 million annually in recent years, according to research firm TNS Media Intelligence.

The company has long promoted its search and search-ad products through word of mouth, public relations and behind-the-scenes distribution deals with software companies. The company’s marketing teams also cross-promoted services like Gmail and Google Book Search with search ads and through its corporate blog.

But Google is realizing its approach needs to evolve as it matures and starts tapping new areas, such as software for mobile phones and business software, for growth. The company’s revenue growth slowed to 39% in its second quarter, down from 58% a year ago.

In many cases, it has struggled to grow the new offerings. What’s more, these areas are crowded with competitors who rely heavily on advertising, like Microsoft Corp. and Apple Inc.

Some new products require working with partners that advertise regularly and are pulling Google in to join them. For the upcoming G1 cellphone, T-Mobile will lead the TV efforts while Google will lead the online efforts, according to a T-Mobile spokesman, who said the companies collaborated on the “creative and execution” for the ads. Both companies declined to say how much they are investing in the effort.