The sudden death of the King of Pop last week was both a curse and blessing for many websites and social networking services. According to Akamai‘s news net usage index, traffic to news sites increased an average of 20% as people searched for Michael Jackson related content. But the increased traffic caused server outages around the world.

Even Google Couldn’t Handle The Traffic

Even the mighty Google wasn’t immune to traffic surge issues. At one point last Thursday, Google News had to temporarily block all “Michael Jackson” search requests. Google’s systems incorrectly thought they were under a “denial of service” attack meant to crash their servers.

Google was able to stay online by adding the temporary block. But other sites weren’t so lucky. Both Jackson’s official website and London’s O2 concert venue, where Jackson was set to kick off his 50-date come back tour next month, crashed.

Wikipedia administrators also had to take protective measures. Michael Jackson’s Wikipedia page had to be locked down after users accessed it over 1 million times in less than an hour.

And let’s not forget Twitter. The social networking site’s activity almost tripled. Millions of users tweeted real-time information of Jackson’s arrival at the hospital, rumors of a coma and eventually confirmation of his death. As a result of all the extra traffic, Twitter’s Fail Whale error page made multiple unwanted cameos on Thursday and Friday. 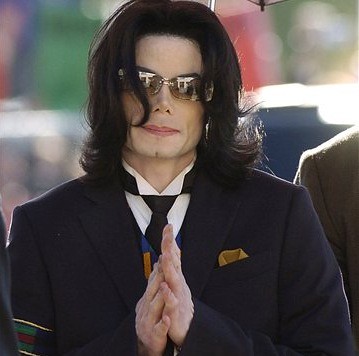 Online retailers were the lucky ones. Their servers weren’t bombarded with curious people looking for information but by mourners. Fans bought a lot of music. As news of Jacko’s death spread, sales of his music on iTunes and Amazon skyrocketed. Currently, 6 of the top 10 selling songs on iTunes are Jackson’s.