When my friend Elyse saw this photo posted on my Facebook wall she commented, "You know, I always think I'm open-minded, but then I read random crap like that and realize that I have limits... sitting 2 hours only to have a bagel formed on your forehead is just beyond my comprehension." 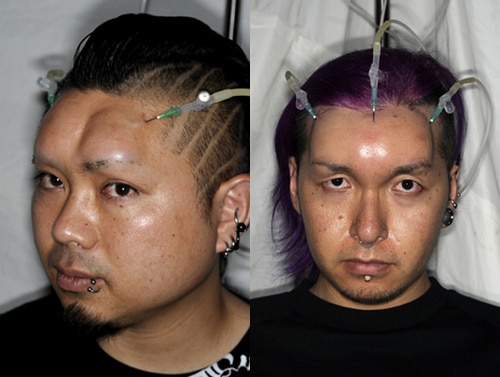