May 2, 2012 by Giacinta Pace
FacebookTweetPinLinkedIn 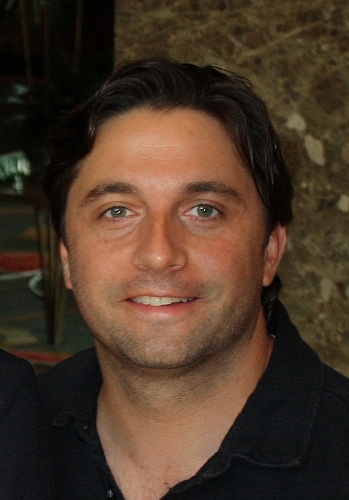 Nowadays it seems like everyone and their grandmother is creating some sort of app. Angry Birds, Draw Something and other popular smart phone and tablet games have exploded with popularity. Everyone wants a piece of the App economy including MethodShop.com reader, Joe Zito (@joseph_zito).  Zito is a filmmaker in waiting… and while he waits, he is determined not to waste one drop of his creative juices so he decided to you guessed it, create an app! The Hofstra University graduate started his career in film with humble beginnings as a production assistant. Since then, he has worked on dozens of feature films including Tromeo and Juliet, Two Girls and A Guy and Destination Unknown. In addition to his production career, he has also made his mark in the post-production world with commercials for giants such as Ford, McDonald’s and Coke and movies like The Brothers Grimm and Firewall. Zito already has two short films under his belt; Mr’s J’s Cafe and TURF and the feature film Backing Out is currently in the works with 90th Street Productions.

While “Backing Out” is getting some… backing together, the creative entrepreneur decided to form Yorkville Games, Inc., a boutique mobile game company, which has released it’s first title King’s Orders: Savages – Chapter One

for the iPhone. We had the chance to catch up with Zito recently and ask him a few questions about his hopes and dreams, life and how to make an app people like and want to play.

Tell us your new iOS game?

The game is called King’s Orders: Savages – Chapter One. It’s a comedy game about Medieval Soldiers, who don’t really want to be at work and who keep getting sent out by their not-so-brave King to capture loose Savages outside of the castle.

How did making this game come about?

I’m a filmmaker and I’ve been putting together a feature film which can take quite a bit of time to setup. I saw Apps as a new medium to explore. One you could have a lot of fun with and be creative, so I came up with the idea for King’s Orders: Savages – Chapter One and went for it. 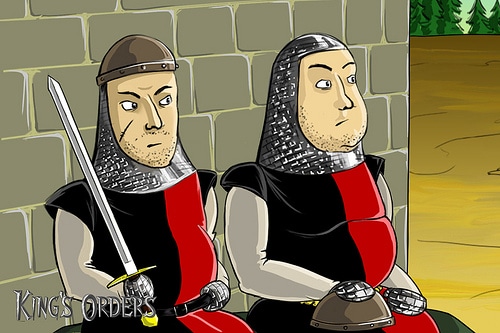 Why did you set your game in this time period?

Medieval times were so strict. There was no room for questioning your superiors. If you did, then that was it for you. So I thought it would be fun to mess with that rule.

How are you marketing it? How is it selling?

Technically speaking what was the process of creating this game from start to finish? How does one create a game?

I wrote out a treatment for the game. Then I wrote the script and created storyboards for the gameplay and the in-between scenes. I went to a sound studio and recorded the lines and the Savages Sounds. I recorded the music at my apartment. I worked with an illustrator for months getting the look of the characters and gameplay just right. I also worked with a programmer who started developing the code and we would go back and forth working out the flow and feel of the gameplay. When the illustrations were complete, the programmer replaced the test elements with the final artwork. Once everything was in place, I submitted King’s Orders: Savages – Chapter One to the App Store for approval.

What was the most challenging part?

Spending the Money! LOL No, seriously, spending the money. That and getting the look of the characters just right. Especially the King. 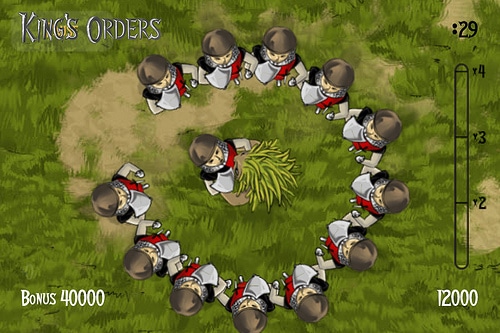 In your opinion, what is the best part of the game?

I love the sound. The funny one liners that are heard when the Savage gets a soldier. “They got Fred!”, “Ahhh, our best bugle player!” The sounds really add so much to the fun of the game.

We were checking out the King’s Orders credits screen and it looks like YOU personally did all the voices in the game. Do you normally do a lot of voice over work?

Not normally. But I’m available if anyone is hiring. 🙂

Did you have to channel you inner *Savage* for the growling noises?

Absolutely. At one point, Allan, the sound engineer turned to me laughing and said, “You’re sick.”

What do you think of the result?

I am extremely pleased and proud with the results. Lots of thought and effort went into the making of the game. It was a great experience and I would definitely do it again.

Do you have a favorite part of the game that you enjoy playing?

I love the in-between scenes and I love the special Savage attacks. The Savage spin move is one of my favorites.

The way you named the game, King’s Orders: Savages – Chapter One, implies that a Chapter Two is coming up next. What plans do you have for King’s Orders?

There will be two more chapters in the King’s Orders saga. The working titles are “The Castle – Chapter Two” and “Mass Exodus – The Final Chapter.”…plus a few other ideas in development

Do you envision additional styles of game play? Maybe an Angry Birds arcade-style game with crossbows and savages?

I have lots of ideas bouncing around inside my head. I will definitely create new types of game play for the next two chapters. I’m also going to add a Vs. mode where two people can play against each other, device to device where one person could be the Soldiers and the other the Savage.

The “detached” King and the way his soldiers grow more frustrated with him each round adds so much fun to the game. Did you model the King after a former boss of yours?

No one in particular. Or at least I’m not going to fess up to it. 🙂

What advice would you give someone wanting to create a game?

Make something that talks to your personality. Have fun with it and have a marketing plan in place. 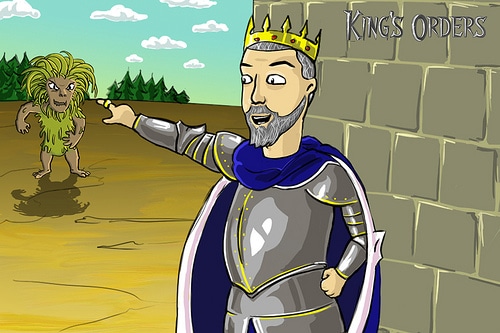 I’m guessing you have an iPod/iPad/iPhone, what kind(s)? Are any of them engraved? If not, what should be the engraving?

I have a newer iPhone, iPod Touch, iPad and an older iPhone which I keep to do testing on. None of them are engraved but if I was going to have it engraved, I’d probably put something like “You’ve found my phone. I’ll be calling soon.”

What games do you play the most on your Apple iOS products?

I like Angry Birds, Temple Run, Brain Challenge™ – Gameloft and the X-Plane flight simulators. One of my all time favorite games on the iPhone is Ragdoll Blaster.

Do you have a favorite MethodShop article?

I liked the interview with Dr. Ruth. You wouldn’t normally think of technology when you look at someone her age. I think it’s awesome she’s still willing to grow.

Finish this sentence. Most people don’t know that I…

If you had a crystal ball that could predict the future, where would you be 3 years from now?

At home, writing. That’s where is all starts.

You can download a FREE version of King’s Orders: Savages – Chapter One from the iTunes App Store or the full version for $0.99.