Here's a detailed comparison between the two major tablets: Kindle Fire vs iPad Mini. Hopefully, this info will help you decide which tablet to buy.

Last week was the first look at iPad mini (which we talk about here). The new device was displayed along an updated 4th generation iPad. However, the iPad mini does not have 4th generation technology in it which is probably the reason why the mini is $329.

In the meantime, the Kindle Fire updated their tablets and gave us a powerful Android experience for $199. It’s all to compete with a growing market share. Here’s a detailed comparison between the two major tablets: Kindle Fire vs iPad Mini. Hopefully, this info will help you decide which tablet to buy. 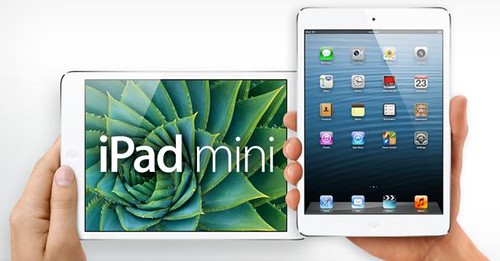 The best part about iPad mini – iOS6. The operating system is probably one of the best out there. Google and Microsoft cannot really touch what Apple has created. In some cases, patents are in the way so they cannot do what Apple has done.

The smaller size (7.9 inches) does allow you to hold the iPad in one hand. 308 grams (or .68 pound – half the weight of a 4th generation iPad) means you can hold it for a while before your hand gets tired.  This is perfect for the waitress, foreman, personal assistant, warehouse worker or other jobs.

I have to say, I have never seen Apple take a step back through technology. The iPad mini is a step back. It’s like having an iPad 2 – only smaller. The screen is not Retina display – I am not sure why it wouldn’t be. The processor is the older A5 chip rather than the A6 chip.

The iPhone 4S and iPhone 5 have Retina displays. iPhone 5 has the A6 chip. So why was it not included with an iPad mini?

I have never seen Apple take a step back through technology. The iPad mini is a step back.

iPad mini cannot play HD movies. Even with the .9 inch difference from other tablets it still cannot perform. 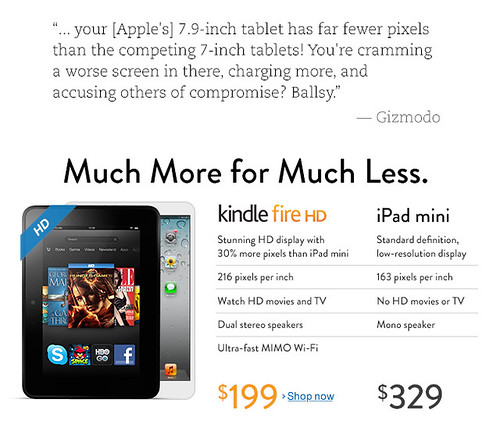 The Kindle Fire has stereo speakers – something that was always missing from an iPad. Kindle Fire’s Wifi is also one of the fastest – 31 MB per second. The Kindle  Fire also supports the 2.4 GHz dual-band for up to 5GHz frequencies.

The biggest issue is how it connects only to Amazon and not Android stores. Therefore you have only one outlet to get games, movies, and music.

I am also not a big fan of the Android platform. In the hands of an experienced user (that loves to tweak), the Kindle might hum perfectly. In the hands of someone who just wants to download games this tablet can fill up fast and slow down within 3 months. The 10-hour battery life becomes 4 with new apps being installed asking for task time.

Kindle Fire’s $199 price tag comes with a caveat – the screen saver will flash sponsored messages. I have an older Kindle reader that when I turn off I will get an ad for Lysol or some new TV show on ABC. For $15 more I think I’ll go with the non-commercial Fire. 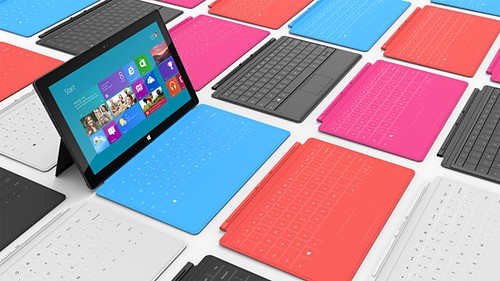 It feels like everyone is releasing new tablets these days. You have the Nexus by Google, Nook by Barnes and Noble and Pantech with a low-cost tablet. Dell and Intel tout a PC that turns into a tablet for more functionality.

Microsoft is rolling out the Surface which looks impressive. I talk about the Surface in this article. Right now the RT version has been released with an i5 tablet coming soon. If it has the same functionality as my laptop and desktop, I could see Microsoft as a big competitor to the iPad.

WHich Tablet Will You Choose?

You have many options. Go with the trusted iOS6 and buy a mini for $329 or get an HD tablet with ties to Amazon for $199. Maybe you’ll just buy that $499 4th generation iPad for the extra power or wait for the Surface to compete as a computer more than a tablet.

Good luck with your purchase. Whichever the case, know there are a lot of great applications out there for you to use. From games to business apps and everything in-between.

What It Feels Like To Pet An African Fruit Bat
Next Post:Have You Seen This Yet? – YouTuber Creates A DIY 3D Printer Using LEGO Bricks