The LEGO Movie – Everything about this film is awesome

Are you ready for the Monday morning water cooler talk?  Everyone is going to be talking about their weekend… the weather… the Sochi Olympics… and The LEGO Movie!

With an all-star cast — including Chris Pratt, Will Ferrell, Elizabeth Banks, Liam Neeson, Will Arnett and Channing Tatum (People’s 2012 Sexiest Man Alive) — this blockbuster is a must-see for everyone.

Even the soundtrack is “awesome”.  “The song Everything is Awesome plays prominently (and repeatedly) in the film and, in fact, is part of the story” [Deadline]. 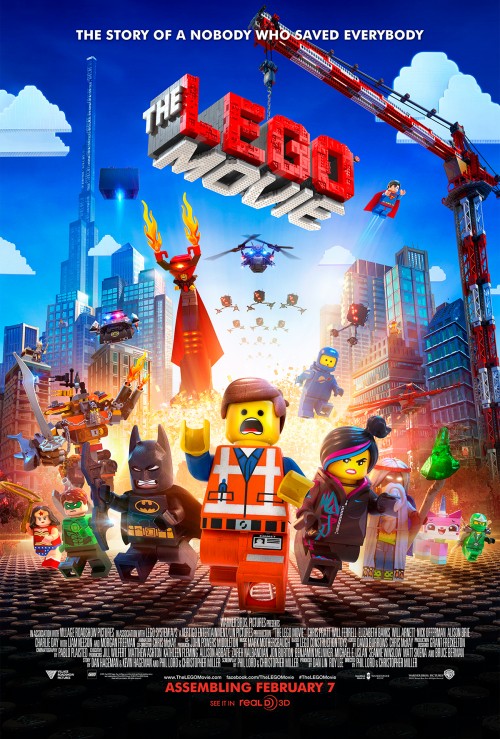 So if you didn’t see the film opening weekend, take a break from the Olympics, escape the snow and rain and dash to your local theater, grab a bag of Twizzlers and enjoy the The LEGO Movie.

Toss the Roses and Get Creative With These 7 Valentine’s Day Gifts (2014)
Next Post:How To Bulk Unfollow Twitter Accounts Using ManageFlitter