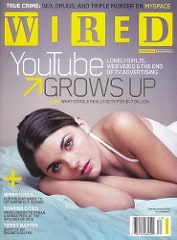 Lonelygirl15, the teenage video diary that became a huge hit on YouTube but turned out to be a fiction, is destined for a UK spin-off after its creators tied up with social networking website Bebo.

The original series of webcam diary entries from teenage girl Bree generated some 50 million views via YouTube and other user-generated video sites like Revver.com.

The popularity of the property remained undented when it came to light that Bree was in fact a character being played by an actress. In fact, the controversy actually helped increase the buzz around Lonelygirl15 and even influenced a line of t-shirts. Now its creators, Miles Beckett, Greg Goodfried and Mesh Flinders, are turning their attentions to the UK.

KateModern will expand on the original Lonelygirl storyline, focusing on a university student in London and her “struggle to balance her complex social life with the dark forces that shadow her.”

As with Lonelygirl15, KateModern promises to incorporate puzzles and mysteries into the plot, which will carry over into ‘real life,’ allowing viewers to participate in the storyline through the integrated alternate reality game.