An Open Letter to the Music Industry RE: Lossless Audio

Remember the CD? It was an amazing achievement in technology and the ability to bring the highest quality music to the masses. CDs allowed us to hear things in music that we never thought we’d hear before. Music never sounded richer and deeper than on CDs with a great stereo system, a solid pair of headphones, or in your car. Along came the advent of digital music. The MP3. As music became more and more accessible, audio quality became less important. MP3 was great because it compressed music files to a size that allowed us to fit thousands of songs on a little iPod Nano.

Remember when digital music players advertised how many songs you could fit on a single device? We all know about the battles of piracy and whatnot. This letter is not about that. We know the “digital team” won. Unfortunately, it was at the expense of high-quality audio files. Audiophiles have known since the beginning that compressing audio files sacrifices quality. MP3, even at 320Kbps, doesn’t hold a candle to the quality of CD audio. iTunes sells music at 256kps AAC, which is also a huge step down from the uncompressed audio found on CDs.

Why am I thinking about all of this? Because I can’t help but laugh when I see people walking around with these obnoxiously sized studio monitor style headphones, that they’re spending upwards of $300 on, yet they’re listening to crappy audio that doesn’t even come close to recognizing the potential of their headphones. 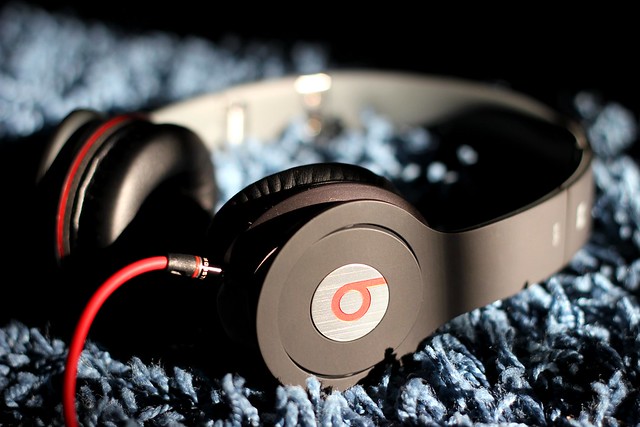 Why would anyone buy $300+ headphones and then listen to crap-ass MP3s or streaming audio? I laugh when I see people walking down the street or on the subway with their ridiculous Beats Headphones, because I know 9 out of 10 of them are listening to crap quality music & don’t even know it. We now have cheaper data storage than we’ve ever had before, as well as faster data streaming (LTE anyone?) Can we please move back to high-quality audio as we had on CDs? An average lossless album is about 350MB as opposed to MP3/AAC at 75-125MB. The difference in audio quality is astonishing.

Digital Audio Doesn’t Have To Be Bad

Here’s what I’m thinking: If you are listening to uncompressed music, KUDOS to you. You’re in the minority and you are truly doing it right. You deserve a pair of $300 Beats headphones! I have been slowly converting my music collection to FLAC/ALAC over the past year. A few years back, when storage was much more expensive, I ripped over 1,000 CDs I owned to my computer at MP3 320 kbps. I then threw out all of those CDs. Why would anyone keep all of that plastic now that we’re in the digital age, and no longer truly need physical media, unless we’re romantically nostalgic? Plus, living in NYC, the room saved by getting rid of all of that physical media was much needed.

Now that storage is cheaper and more common, we’ve got the ability to store lossless & uncompressed music in our pockets. A 2TB hard drive can be found for around $100. Apple now makes 64GB portable music players like the new iPod Nano and the iPhone 5. SD cards come in all storage sizes. We need a better quality of music! Unfortunately, the only way to get this is to either go back to the store and buy the THOUSAND PLUS CDs I once had, or steal high bitrate versions of albums I have previously purchased at low bitrate or converted from CD to MP3. It is depressing that the only way to get lossless music these days is to buy a CD and rip it at lossless bitrate. Who the hell buys physical media anymore?! The only bands I know that are selling uncompressed digital music are the Smashing Pumpkins and Radiohead. 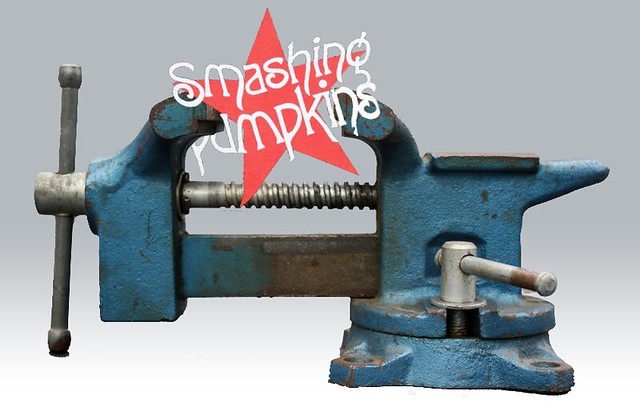 Please Give Us Lossless Audio

My ask is simple. Can we please start offering lossless music to everyone? I would 100% ABSOLUTELY buy lossless audio files on iTunes. I have purchased the new Smashing Pumpkins album in lossless quality and it sounds INCREDIBLE. Radiohead released The King Of Limbs as lossless WMA files and it sounds AMAZING! There are many of us out there that want to take full advantage of our ridiculously expensive headphones. Those two bands are proof that if you don’t get on the bandwagon, more and more artists are going to cut you out of the equation. Please help us help you.

This rant on lossless audio came from a thread on my Facebook wall. Here are some of the more interesting comments from others who participated. Do you agree or disagree with these views on uncompressed and lossless audio? Please leave a comment below. 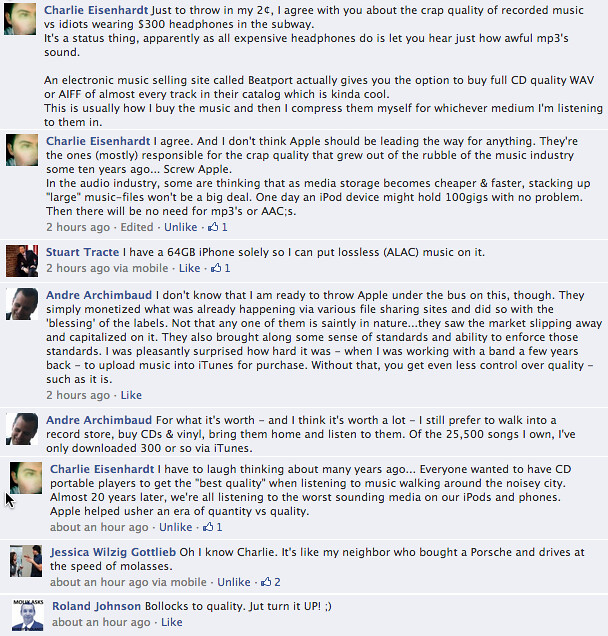 Why iOS 6 Just Turned Your iPad 1G Into a Paperweight
Next Post: How To Learn The Definition Of LOL… The Hard Way